For the Love of Ashley, please nominate my book! 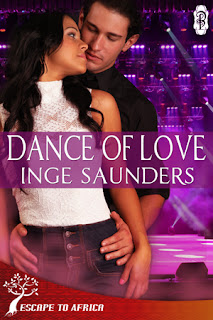 Okay, so who watched Got to Dance because of Ashley Banjo? *grin* Yeah, me too!
I mean *blushes* there were some great, truly, great talent on the show. And last season’s winners Duplic8 was awesome. I was introduced to the two dancers through a B-Boy DVD that chronicled different dance crews from around the globe taking part in the B-Boy Championships: World Series. I remembered them because I’d been so impressed by their skill as well as their back-story and then to see them on the show, wow, I so wanted them to win.
I love dancing and these types of shows, so of course no surprise that I would find myself in front of the TV two years ago enjoying a lazy Saturday afternoon. I haven’t gotten hooked on the show yet because there simply wasn’t enough time in the day. But here I was free, in control of the remote, an omnibus of the show was about to come on and well, I made myself comfortable…and crushed out like it was going out of fashion on Ashley! *laughs*
During those blissful moments a concept for a story made its way into my head. What if a competition hopeful falls for a judge on the panel and the feeling’s mutual? How would they handle it going forward?
Because I didn’t want to go the reality TV talent show route, I changed my idea to auditioning for the lead principal at one of the most respected dance companies in the world, where making it passed the audition guaranteed you a spot in the Ballet Boot Camp, and then a final showcase would decide the contestant’s fate. And all of this would be set in Rome, even though the heroine came from Cape Town, South Africa.
I’ve always been fascinated by Rome, the culture and history, so a story set in this beautiful city have been waiting in the wings to be written.
But as cute as Ashley Banjo was I needed a more ruthless judge on the panel. I needed someone arrogant, an Alpha male who exuded authority. Someone who you’d believe could be the owner of a dance company even though they were thirty years old.
As Got to Dance went to commercial, I flipped through the channels and BAM! There was the X Factor and Simon Cowell making some inane comment. Seriously, this guy *shakes head* I love him, but he could be too much at times.
But the idea of having a character embody everything that’s Simon Cowell made my stomach turn I had to throw in some Ian Somerhalder *grin* Okay I didn’t have to, but come on; he’s Damon Salvatore‒ Badass Vampire. I could already see that lopsided grin on my hero’s face as he critiqued one dance contestant after the other.
And so Antonio Machiavelli was born with the help of Ashley Banjo, Simon Cowell and Ian Somerhalder. Who said you couldn’t create the perfect man? *laughs*

On Tuesday I learned Dance of Love had qualified for The Romance Reviews Readers’ Choice Awards- Winter 2015. The book has made it to the next and final round, the Nominations Round.

So for the love of Ashley, Simon and Ian please go nominate Dance of Love as your Readers’ Choice!
(http://www.theromancereviews.com/viewbooks.php?bookid=18615).

It would be much appreciated and I guarantee, they will show up in your dreams tonight *wink* Maybe not Simon. Unless, you’re into taking orders than by all means, go for it! *fist bump*