Greetings all you Decadent Types

(Yeah, I'm including myself in this group) 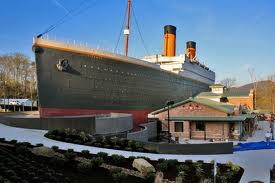 I’m writing this from the road, from Gatlinburg actually. So far, it feels kind of like a Vegas in the Great Smokey Mountains sans the casinos.  I just drove through late yesterday, saw Pigeon Forge, which is sorta Gatlinburg’s Lake Tahoe I guess. There were buildings touting shows, a huge reproduction of the Titanic (!), any number of “extreme putt putt gold” options, a bunch of bunji jumping things and countless places to graze at a food trough. Then once you run that gauntlet you literally head into the mountains, curving around alongside a river and hit the much more scenic but not less kitschy town of Gatlinburg proper.

At 6 p.m. last night the place was hopping. Sidewalks choked with pedestrians and merry makers.


Why, Liz? Why are you there? Well, the interesting bit is that I lived not a hundred miles north of here from the time I was about 9 until I graduated high school, just over the border in Kentucky. In a dry country. I’ll spare you my formative drinking and partying years stories (or more likely I’ll save them for a post on my blog) over the border in Tennessee. But even though we lived within shouting distance, I never once came here. It took moving all over the world, then settling back in Michigan for me to make this trek.

For a Romance convention no less. That’s right—it’s RomFest 2012. I was greeted last night by giant boxes full of print books, book marks and such. I am to be on an author panel with the likes of Sherilyn Kenyon and Lorelei James. I get to go to a masquerade ball (Beer Wench costume came along for the ride),  a PJ party and a Mayan-themed dance this week. It’s gonna be a trip—my first one!

Pretty psyched.  But I was even more psyched to find one of those elusive “silver stars” next to The Diplomat’s Daughter on the AllRomanceebooks site! And this killer review popped up yesterday:

The Turkish Delights series is very near and dear to my heart. My experiences in Turkey were not always so great. But many of them were. And I crafted a series around a blended American/Turkish family that more and more folks are finding to their liking. The final novella: Flower Passage-Tarkan’s Return releases Saturday. I hope you guys give the series a shot.  It’s made up of 3 1Night Stand stories (in this order: Turkish Delights/Blue Cruise/Tulip Princess), a prequel (The Diplomat’s Daughter) and that last novella (Flower Passage).  It was one of those longer story arcs that came to me fast and furious and I wrote it as fast as my muse would let me.

Have a great weekend all you Decadents out there---and get yourself some TURKS!