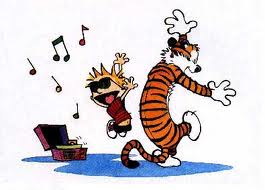 Thank you for hosting me on a milestone day. 12-20-2011, I’m celebrating my first release at Decadent Publishing, Taking Down Mistletoe, and thinking about Christmas, present and past.
I scrolled through a few festive images online. Gingerbread houses can add a merry (gross) atmosphere if made with walls of bacon, a crepe roof, and sausage support beams—seriously? I also saw one for a mere $15,000. A child-sized playhouse, but what happens when the dog gets hungry and insects close in? Assault rifles, hired mercenaries, the swat team can only do so much. 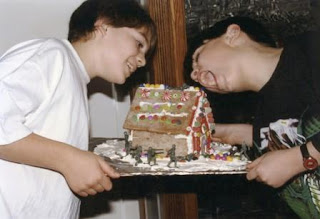 Many moons ago, my son and nephew spent hours cooking and giggling. They gave it their all to protect from evil, older brother-cousin and starving Grandpa.
I (blush) hope my son never learns what use his mom made of a gingerbread house in Taking Down Mistletoe, and you’ll have to hit the buy link in order to find out.

Here’s the blurb and a little clip suitable for all audiences:
Parties everywhere, but Alek—security and handy guy—is stuck at work in the department store taking down the holiday decorations. Just when he thinks he’ll escape in time for a little celebrating, fate takes a deadly turn. A thirsty leech doesn’t mind going down, as long as Alek joins him.
Tired of sucking on candy canes, Loki is sick of the tall security guard ignoring him. He’s determined one way or another, his coworker will find himself laying flat. Unfortunately, a man dressed in black enters the scene and interrupts his ogling of Alek.
When the parasite-exterminator arrives in the form of a dark handsome hunk and latches onto Alex, things go from weird to downright bizarre. Did Alek really find love under the mistletoe, or has something beyond sinister taken hold of him?
Nutmeg and cinnamon. Sweet. Loki swallowed the last of his eggnog and shot the wadded cup to smack into the signpost for Gingerbread Lane.
He loved everything about the season of receiving presents, getting hard under the mistletoe, and carousing on the last night of the year. What he didn’t like was being ordered about by the hunk of security who wouldn’t give him the time of day. Now if Alek demanded Loki bend in front of him, instead of bellowing at him to run, fetch muscle, and escort a bewitched blonde out, it’d be a different matter altogether.
Consumed with hunger, he stepped past the gingerbread house he’d spent hours hiding in to avoid work and to scope out the prick named Alek Baldar. Loki grabbed one of the big candy canes from the tree. He paused at Menswear to fumble with Jack the mannequin and get some protection against a tall, thin devil wearing black, a sin against fashion everywhere. To make up for the crime of stealing Jack’s mirrored shades, Loki wedged the candy wrapper in Jack’s zipper. It gave the asexual dude some much-needed inches, jutting out in full glory, including sticky residue.
Loki then coordinated the suck of peppermint, in and out of his hot little lips, with his quickened pace for the office.
Thank you for celebrating release day with me. I hope this holiday season is a happy and healthy one for all.
at 3:01 AM

Happy holidays to you too, Arlene. I LOVE this story. It has your great sense of humor shining through and yet there's the hint of danger that keeps the reader on their toes. A bit like the soldiers about to attack the gingerbread house. Decorating gingerbread houses isn't a tradition in the UK but I've seen some amazing ones in the States. Much too good to eat!

Congrats on your new release!

When we get gingerbread houses for the kids, they always eat the candy before it gets to the house. LOL

Congrats on your milestone, Arlene! Wishing you many sales.