How did you start your writing career?
I began in this business as a reviewer. I worked at an online site, created an Erotic Romance section when the site was primarily just Mainstream, did interviews, etc. I got to meet a lot of authors, work with them, enjoy hundreds of stories a month. I really loved it.   Soon thereafter, I started critiquing some author’s WIPs, doing some side-line editing, then it evolved into a business of editing more frequently and pushed reviewing back.  My husband started making the suggestions to write my own stories.  After months of listening to that, an idea came to me in a dream and I wrote it with 4 mths starting the next morning.  I quickly became addicted and wrote 5 stories within 2 years. Unfortunately, with my dad’s death, I had to put writing aside to concentrate on his businesses, family and have only recently picked up the pen again to “start over”.


Do you believe in ghosts?
Yes. My oldest brother passed away about a decade ago and I have seen him in windows, heard his words whispering through my mind during difficult times. There are also some interesting images within pictures of my children that give me pause.  There’s one specifically where there is a perfectly shaped angel over my two children’s shoulders when they were younger.  There are many spirits around us, IMO, angels watching over, taking care of their loved ones.  I’m definitely a believer.
What does your significant other and family think of your writing career?
My family has been wonderfully supportive. My oldest child, she’s 15, knows more about my writing than my boys do, and she thinks it’s incredible.  All of my kids love books and reading, and have even written some great stories of their own in school. Perhaps one day, one of them will pick up a pen and write in the future. *g*
And of course, my husband, who claims it’s all because of his nudging and nagging that got me writing.  Yes, he’s like a pimp, ROFL, always telling people about my work and that he started it all.
Now, if only he’d put in some of the long hours for me!!! 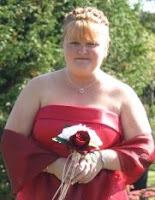 Do you use a pen name? If so, how did you come up with it?
Yes I do. Kacey is a mash of my real name as well as my Mom’s. Hammell – though it was just something that I discovered when searching Irish last names  (I think the flaming red hair in my pix on my site give it away that I’m Irish) is the real eye-opener. Though I found Hammell (actually spelled with only 1 L, but I liked it better with 2) during that search for Irish last names, I later come to find out, that I have some ancestors who originated in Ireland with the last name.  Going back about 5 generations, the name exists, spelled as O’Hamill).  It’s quite a “woo-woo” thing to know that a name was chosen just because of its Irish connection, but then to find out that it’s actually connected to me specifically … well, it still gives me freaking chills !!!  LOL
Do you listen to music while writing? If so what?
Every time I sit to write there’s music playing. I know many authors that can only write in the absolute quiet, without kids around, or distractions. But I find that I sometimes need to have the kids around me as well when writing.  Sometimes the silence is too much. I have written thousands of words when my kids are at home, watching tv, playing games or whatever. It’s an odd thing, IMO, but it works.  If the kids aren’t home, then it’s music constantly. Sometimes I just turn the radio on but for the most part it’s my ensemble of different types of music. I love Daughtry, AC/DC, Adele, Hedley, Michael Buble, Andrea Bocelli, Simple Plan, Carrie Underwood, Maroon 5, Enrique Iglesias, Johnny Reid, Tim McGraw, Garth Brooks, Lady Antebellum, Def Leppard, Bon Jovi, Eminem … it’s a strange mix that is always on the MP3 player/mixed CDs.


What was the scariest moment of your life?
There were two actually, and very close together, that really scared the hell out of me. First was July 2007 when my father passed away unexpectedly. Though grieving, it was in the back of my mind as to how I would live without the man that taught me so much, was my savior and protector, who loved me unconditionally. And I was filled with worry “how do I take care of Mom without Dad”.   It’s difficult to lose anyone in your life but it’s so scary to have a parent ripped away from you, no matter what age.
Secondly, September 2007, when my oldest son (age 8 then) collapsed at school and was rushed to the hospital. He was diagnosed with Type One Diabetes that day. He’d shown signs of fatigue, etc., and had a Dr. appt coming up the next day, but his body couldn’t wait.  It’s terrifying to get a phone call that your child has been rushed to a hospital, and more so, when he’s diagnosed with an illness that you’re not familiar with and that he’ll have forever.  It’s also difficult to feel so helpless. I felt incredibly helpless that day to help him, get his body reacting positively and “cure” him myself, as any parent wants to heal their child. It was hard to watch him suffer and know that he’d have some hardships in the coming years.   But amazingly, he’s adjusted to things a lot easier than I did. While scary as hell, my son also became my hero during that time, pushing through the first difficult months and now 4 years later, he’s having the time of his life. 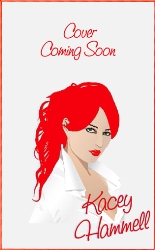 Tell us about your next release.
Illusions, coming soon at Decadent Publishing *g*
What can an author say about the first characters she ever wrote and have such a tight hold on my heart?
Isabella & Brady are both determined, strong, difficult and sexy. Neither wants commitments in their life outside of their jobs but love doesn’t have a timeline, does it?  Illusions is a very spicy Romantic Suspense that is filled with a lot of tension, a killer on the loose and a romance that will pull readers in.  Plus, Brady is a seer and uses his gift for good. Sparks fly whenever Isabella & Brady are together.
Is there a writer you idolize? If so who?
There are many that I love to read – Sara Brookes, JD Robb, Suzanne Brockmann, Patricia A. Rasey, Lauren Dane, Lori Foster, John Grisham, Kathy Reichs, and Maya Banks.
But the one I most idolize and am standing in line at a brick & mortar bookstore for on the day of each release…Jaci Burton. I absolutely LOVE her work. Every piece she’s ever written is on my shelf and there are times I feel like a stalker! LOL  I visit her site a couple times a week for any updates, follow her twitter & Facebook pages…I know I can’t be the only one!
I’ve read her for nearly a decade now, we met back when I reviewed her work, and have no plans of stopping. And I’ve been lucky enough to meet her at a couple RT Conventions in the past…nothing like meeting your Idol!  Very few others come close to writing romances like Jaci does.
Beatles or Monkees? Why?
OMG my folks played both quite often when I was growing up, plus Elvis, Rolling Stones, Motown. You name it, I think my parents listened to it.
But I’d have to say the Monkees. I mean, how can you not love guys who just write friendly, carefree lyrics like:
Hey, Hey, we’re the Monkees/And People say we monkey around/But we’re too buys singing/To put anybody down
I think some artists today that like to poke fun/ridicule other artists in their music could learn a thing or two from the past. And people around the world in general.  The Monkees just seemed to write “feel good and fun” songs.
What makes you happy?
My children’s smiles. Knowing they are happy, living life to the fullest, experiencing new things is all I need.  Plus, my immediate family around me fills me with so much joy, it’s incredible.
Readers can contact Kacey at kaceyhammell@gmail.com
And follow me at …
Facebook
Twitter
Blog/Website
at 3:01 AM

Great to learn more about you, Kacey! I can write in chaos and quiet, most of the time. LOL All the best!

Thanks Jessica!
My hubs is constantly shuffling the kids out of the room when I am writing but I have to tell him to relax. of course, love scenes are different, I do move to another room in that case :D

Reading about your son made me tear up. He's very lucky to have a Mom like you.

warm fuzzies R good :D
Thnx for such a compliment. He's my boy, he makes me look good :D

Love the interview! I'm a believer that ghosts are amongst us. I've had my own experiances. The angel image over your children is amazing. They definitely have someone watching over them.

Thnx Shiela, I'd never really thought about ghosts til my brother passed, but thought seeing him was just my imagination, until I saw the pix. Definitely changed my mind then.

Thnx for stopping by to read about me :D

The first spirit i saw was my grandmother. She had a favorite rocking chair that she always sat in and knit. It was just after nine and i was in bed. I heard a creak in the hallway and was curious so i looked through the door and saw my grandmother rocking in her chair. I was utterly baffled as to why she owuld be there. Then the phone rang and my mother began to cry. I told my parents i say Grandma before they found out she was dead but they didn't believe me.

Reminds me of my youngest son. He told me the morning my Dad passed that I would need to take care of Nana very soon. I asked him what he meant and he said his uncle (who he'd never met since he was born 3 mths after my brother died) had told him in a dream.

2 hrs later, my other brother called, said to get to the Hospital that Dad had collapsed. An aneuryism burst while he was on the tractor in the field, and my son said, when we went to my parents house later that night, that his Uncle had sat with him in the field where his Poppa died in his dream.
I hadn't told the kids yet what exactly happened to my Dad at that time.

So, I'm a believer of things we can't always see but are there.

And my youngest talks about my brother a lot, as if they are the best of friends. We've all just accepted that he does so.

That was fascinating, Kacey! You've certainly had a lot happen in your life. I'm glad your husband is so supportive. Not all are! Congrats on your release!!