The music I write by is quite varied, depending on what I’m working on.
Last year, when I was stuck in the center of an urban fantasy and really struggling with communicating the depth of my heroine’s pain regarding an extremely bleak past…one of the pirates on the Revenge suggested the music of Evanescence…and there it was!
My Immortal. The slow version…it is a literal duet between my hero and heroine, with the villain standing off to the side, silent but very much haunting her… I suddenly could see it in my head and the story began to unfold with perfection. In fact, the entire album of Fallen wove through the book. As did Lacuna Coil and the CD Comalies. The driving music, the sweet voice, the rough voice…all were great inspiration.
In my PiratePunk books, of which there are many…it’s soundtracks. The Pirates of the Caribbean I, II, and III. Master and Commander/Far Side of the World, Waterworld… Yup, all things nautical.

When I was working some steampunk elements into my second Kraken’s Caribbean book? Sherlock.
If I’m doing a fighting scene? The soundtrack of Halo, the X-Box game. Iron Man I…love those!
Early in the month, I was working a very poignant return-from-the-dead scene. I don’t generally do something this deep into a total surrender to sadness. I pulled out some old music from Pagan Saints, called Flesh&Bone. Perfect stuff! And I slid through the scene. 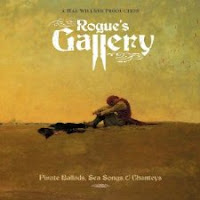 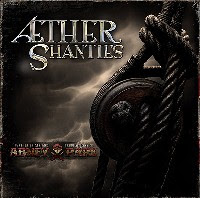 Wanted something a bit cracked? Alice In Wonderland soundtrack! Or my new discovery, Abney Park and their CD Aether Shanties. Abney Park is great for writing steampunk, BTW!
I own a very large amount of music from assorted pirate groups, from The Jolly Rogers, Paddy West School of Seamanship and The Brotherhood of Oceanic Mercenaries…and the compilation Johnny Depp helped put together called The Rogues Galley.
My next book, the third in the Kraken’s Caribbean series needs something a bit circus-like. I wonder if the movie Something Wicked This Way Comes has a soundtrack… ;-) I’m off to look!
Wow, that is pricey…anyone have any suggestions? I need something circus, something whimsical with manic energy, something carnival!

And if you find this music odd, come by the Romance Writers Revenge today where we are celebrating the release of The Kraken's Mirror.

Steel Drum on the bow, orchestra below decks and a kidnapped superstar on the main deck!

What a great mix of music you found, Maureen. Love the Sherlock Holmes soundtrack.

I'm not sure about what to suggest for the third book. There's so much to choose from.

I wonder what music they use for The Cape. I love the circus characters in the show. I'll take notice, it's on tonight.

Kathleen - That would be great. I really do find a touch of my main theme in the music I listen to helps the brain shift gears. There's the track in Pirates of the Caribbean II, where the Will, Jack and Norrington are fighting in the spinning waterwheel...but it's a little short. So any suggestions will be welcome!

I did love the Sherlock theme!

Man, Evanescence does it for me too when I need something brooding. Very cool seeing what you listen to.

I love Evanescence! Oh, and the Pirates of the Carribean. The theme song just has something so inspiring.

I'm the same way. Certain music gets my creative juices flowing more than others.

JM - I admit, I was an Evanescence virgin until the pirates clued me in. Then I was hooked. I had written a blog featuring a song by October Project and one a' them mentioned Evanescence and their great female vocalist...and I went for it!

Sheila - I do tend to bop about in my music for the right feel, but when ya gets the right feel...it just makes it all go so much easier!

Awesome playlist! I LOVE Abney Park, and Lacuna Coil. And the others have some fantastic stuff out too. Nice post!

I been meaning ta order the newest Abney Park. I got mine at SteamCon in Seattle in November and can't seem to stop playing it ever since!

About Sherlock Holmes--saw the movie, loved the movie. Can't remember the music, but then I'm like that. Thanks for bringing it to my attention--very cool!

Oh, the music is very evocative of the movie! It's a great way to feel the atmosphere of something you might remember detail by detail...or just evoke the memory of what excited you about a movie.

There is a lot of steampunk in the Sherlock movie... Did you listen to the posted link?

Man, I could be a soundtrack junkie...really easy!

Thanks, Jo-Anne. I don't write straight steampunk, but I like to sprinkle steampunk flavors here and there... I'll look for Emilie Autumn.

Abney Park, my current musical obsession. And Fallen is easily one of my favorite CDs, ever.

Abney Park is new to me, just a few months...but I really love cranking it up to full volume when I'm driving. I'm sure I look the lunatic, trying to dance behind the wheel! ;-)