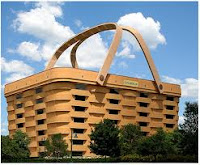 I’ve been debating what to blog about, and thought I would maybe do a quick introduction and give you a little backstory on my life. And what led to Second Time Around, which is coming out in December. I was born in Ohio thirty-five years ago. Small town farm girl, pretty unremarkable. In 1994 I got a job at Longaberger Basket Company. It was in ‘Weaving School’ that I met my future husband. Actually, he came up to me, looked me in the eye and asked me if I plucked or shaved my eyebrows.

No lie. That was the first thing he ever said to me.

He topped that off by asking me how many kids I had. I was only nineteen at the time. When I asked him why he thought I had kids, he said, “Well, you’ve got big hips.”

Yep, I got Mr. Suave. Actually, in spite of how it sounds, he keeps me laughing. And I love him dearly. We’ve been married fourteen years now.

I left the basket company in ’98 and joined a fairly large central Ohio Sheriffs Department. I was a supervisor in the jail for several years, then a road deputy and eventually a school resource officer. I enjoyed the work, and felt I did have a positive impact on a lot of kids.

In amongst helping other people’s kids, I had two of my own. One boy and one girl, both true smart-asses through and through. I love them dearly.

In ’06 we moved to Kentucky for my husband’s job. For the most part, I’ve stayed home and taken care of my kids. And loved every minute of it. I’ve always loved to write, but never actually pursued it until I joined my local RWA chapter. I’ve been hooked ever since.

Second Time Around is my debut book set in Kentucky horse country, and pulls a bit from a personal experience I had with my husband. When I first started at the SO, somehow or another I managed to handcuff his belt loop as we were walking through kmart. I was off duty and don’t remember why I had my cuffs in my jacket pocket to begin with, but I did. And, of course, I didn’t have my handcuff key with me. He had to walk out of the store with my jacket tied around his waist.

I wanted to adapt the situation to where the heroine actually cuffed the hero. And lived to tell about it. Here’s the blurb:

Officer Shane Caldwell responds to a routine end of shift call with some annoyance, but when she tackles and handcuffs her ex-lover and the father of her son, things turn hot in a flash. Four years before, Quinn Scott disappeared to make his fortune, and she hasn’t heard a word from him. As his touch ignites old passions, Shane is torn between telling him about the son he’s never known, and protecting young Jackson’s heart from the man who walked away without a backward glance.

When Shane storms back into his life, Quinn isn’t surprised by the incredible attraction which sparks between them. He wants to take up where they left off, but years of lies and unexpected betrayals from family and friends endanger his Thoroughbred breeding operation and his dreams of a future with the woman he never really left behind.

Will old prejudices separate them again or can love grow stronger the Second Time Around? 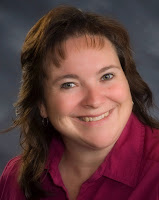 I’m due to release sometime (hopefully) in December. Until then, you can find me at these places:

Stop by and friend me anywhere.

Life can be pretty interesting, can't it? Intriguing concept for Second Time Around! Best of luck with its release. :)

I live this cover! The book sounds great!

Deena , seems like our life is always interesting. Sometimes I wish for boring.
Deanna, I love this cover too. It absolutely is the essence of the book.
Thanks for stopping by ladies!

I'm trying to figure out how you accidentally locked the cuffs on his belt... What were you doing in that KMart...? Any video footage?
;-)

LMAO I was thinking the same thing, Maureen!

That is one sexy cover, and interesting premise xx Wish you wonderful success with it, and hope your hubby has learned to sweet talk you a little better :)

The cuffs... well, Like I said, I don't remember why exactly I had them in my pocket, but I was just messing around, playing, snicking them in my hands, and hubby was walking in front of me. I just reached out and snapped them over his rear belt loop. I tugged on them, and he laughed and everything was cool until I realized my keychain , with the handcuff key, was at home. Then he got aggravated.
I gave him my jacket to wrap around his waist and we skedaddled out of there.
I think this might, maybe, just possibly have been after a couple of Whalebones and beers at Red Lobster.
HA!HA!HA!

And people wonder where we get the idea to write books. (lol) Love the look into your life. Hope you have a fabulous release...when it comes.

I love this. So excited to read your work. I can't believe your husband said those things to you and lived to tell about it, haha. However, it's good he makes you laugh. Laughter is the best medicine in life! Good luck to you and your writing career!!!!!
XOXO
Kel

RM- The scary part is, he was totally serious. I almost decked him. He was too cute for that though. ;-D
Kelly- thank you so much. Believe me, I"M anxious for you to read my work too. As soon as it comes out, I'll be hollering everywhere! Thank you for the luck!
Jennifer

Way to use what you know, Jennifer. LOL, your guy sounds like a fun man to have around. Mine makes me laugh every day too even though romance is not his thing, I'll keep him. I will be watching for your release.

Your husband noticed the little things about you from the start. That's love! All the best with your release.