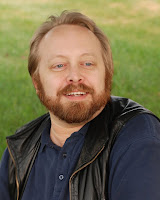 10 Things you Never Knew about Robert Roman!
1. Tell us about your current release
No. I want to tell you about my NEXT release. 'Cause I'm just annoying that way. My next release is going to be the sequel to The Strange Fate of Capricious Jones, which is A Christmas Vigil. Strange Fate is two stories which intertwine at the end, one of Capricious Jones, another of Leigh Abrams. Both are back in Christmas Vigil. I got the idea for the story when someone (who shall remain nameless) said they wanted to see SteamPunk Christmas stories or Military Romance stories. The chaos inside my head took those two ideas in, spun them about, and added in cyborg zombies and mecha on skateboards.
So. My next release (as soon as I convince someone to release it) is going to be a Steam Punk Christmas Military Romance with Cyborg Zombies.
Steam Punk Cyborg Zombies. Skateboarding Mecha. Military Romance. You know you wanna read it. Morbid fascination will do that.
2. When in the day/night do you write? How long per day?
I write a few times a day. Occasionally I'll write during lunch at work. Sometimes I'll write when I get home from work. I usually write after the kids are in bed. On a good day, I get around three hours in. On a bad day, I only get a few minutes. I'm lucky though; the time I do spend writing is typically pretty productive. I can write about 1000 words an hour, double that when I'm really on a roll.
3. If you could spend the night anywhere, where would it be?
Y'know, it's not as much about where you are as who you're with. That said, anywhere as long as the Ur-Goth is there.
4. Plotter or Pantser? Why?
I'm gonna be annoying again and quote Forrest Gump. 'I think maybe both'. I plot things out, but I'm always ready to chuck big chunks of what I've prepared. It's for that reason I rarely write my plotting down. I plot back to front, work out my characters, then start at the front and set them loose. I typically wind up with at least one character becoming something they weren't intended to be, and they and the story usually work out better for it.
5. Do you use a pen name? If so, how did you come up with it?
Nope. I use my middle initial, which I don't use much, but that's because my name without the initial was being squatted on, so I used www.robertcroman.com instead. So going forward I'll be listed as Robert C Roman.
6. What was the scariest moment of your life?
The night my son had a fever that spiked up over 102 degrees. That scared me. Other than that? Very few things have scared me in the 'I'm still scared about it later' sense. I'm a pretty phlegmatic person.
7. What would we find under your bed?
A box with the cradle my sons first slept in, disassembled and ready to be shipped to the first son /nephew / neice happens to spawn and want / need a cradle.
8. Morning Person? Or Night Person? How do you know?
Night person. When I'm able to set my own hours, I sleep from 8 AM to Noon, or thereabouts. I create through the night and do chores in the early afternoon.
9. What group did you hang out with in high school?
The miscellaneous geeks and nerds, although that's a little narrow. Most of my time was spent socializing with my High School's computer geeks, who were programming in BASIC on VIC20s and Commodore 64s. There was one art geek, one generalized nerd, and me; I was too gorram smart and too unsocialized for my own good. Think Zack Addy from Bones. Without the killing people part.
I ate lunch one year with the field hockey team, and another year with a couple of the special ed kids. My senior year I ate at the mall, because I had a half-day schedule, 'cause I was just cool like that.
10. Beatles or Monkees? Why?
Really, really, really tough choice there. I shall one final time be annoying and say AC/DC. I cannot abide camp, and the only thing that might drive me to accepting camp is that which it feeds on, pretentiousness. The Monkees are campy, the Beatles (except very early on) tended to be pretentious. AC/DC just rocks until their lead singer rocks himself to death, at which point they find random walk-ons who, infected with the AC/DC nature, rock as well.

We hope you come visit our blog one day, Robert! You sure are an interesting guy!

Robert - I totally grok you.

Bobby, your interviews are always nifty. ;)