When Stories come to life…

Finally, nearly a year since Rebecca asked me if I would like to be a part of the Black Hills Wolves my story Infiltrating Her Pack is being published. And I couldn’t be happier to be a part of such a fun and enjoyable series. I love shared-world, whether it be simple like the 1 Night Stand series or complicated like the Wiccan Haus. There is something about writing characters and having others share them that is a great deal of fun. 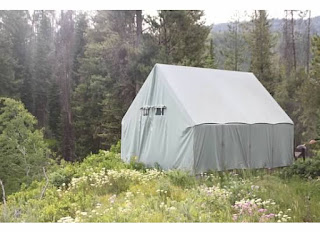 The story in my head started to form rather quickly but it wasn’t until I took an overnight rafting trip that it solidified in my head. Much of what I write about from the campsite to the River is based on my personal experience on the Snake River.  The Campsite is much like I describe it in the book with the semi-permanent tents and the mess hut. This was one of the most beautiful locations to camp for the night and the images are still fresh in my head a year later. 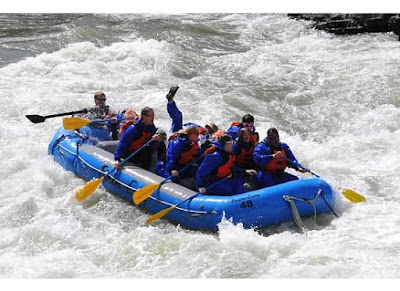 Rafting lived up to my expectations and although I would do another overnighter, I know my limitations and think a 3 to 5-day trip might be too much for me. The first day we took a slow float down river but the second day we hit the rapids. Though our guide, who was very handsome, didn’t have the experience or agility that Ripley, my heroine, has when working the class 4 rapids. Ripley doesn’t lose anyone in her boat, where my real life guide lost two, and would have been three if my mama instinct hadn’t kicked in and I grabbed my son for dear life. Fear not, other than a good soaking, everyone came through it with nothing more than a great tale to tell. The picture is actually my father as he fell out of the boat. Oops I think we lost one…no make that two. Did I mention the last thing the guide said to us before we entered the rapids was “I haven’t lost anyone yet.”
I hope you enjoy my additions to the BHW series and equally hope that if you are every in the Jackson Hole area to avail yourself to the river experiences there on the Snake river. 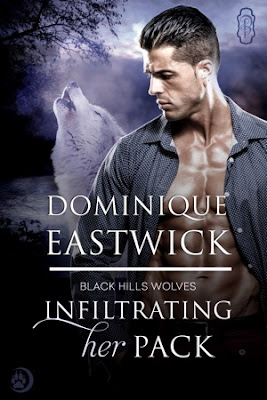 The mysterious and intimidating lone wolf, Z, has returned to Los Lobos. Descended from a long line of gifted yet secretive shifters known as Infiltrators, his people are the spies of the shifting world, rarely seen and harder to track.
Ripley Greystone has a big problem—her pack is Alpha-less and a local coyote band knows it. The safety of her pack rides on trusting Drew, the new Alpha of the Black Hills Wolves. But, admitting the reason for needing his help isn’t something she’s quite ready to do.
Drew senses there’s more to Ripley’s request to join his pack than what she leads him to believe. There’s only one way to know for sure—send an Infiltrator to spy on Ripley and her pack.
Forced to infiltrate her pack to discover its hidden secrets and protect it from the coyotes determined to claim the she-wolves for themselves, Z finds more than he expects—all the while fighting the need to claim Ripley as his mate.

Best wishes for a fabulous release!

Congrats on a soon to be best seller!

I've been on that snake river. Sorry I missed the pack. Sounds like an exciting story in a beautiful part of US. Congrats on your release, Dom.
Emma Lane