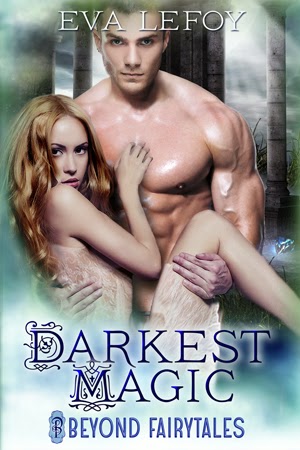 Ever since writing Darkest Magic for the Decadent Beyond Fairtytales line, I’m really liking reading and writing shifters even more. I used to think, well, that they were all the same, but really they’re not. A lot of variation exists in the genre.
When I first started reading them, I ran across a lot of douchbag alphas. I mean take the usual Harlequin Presents guys and times them by three. They came across as, “I’m mating you and that’s that. Get over it. You’re mine.” Being a modern girl, this line of reasoning made me say, “Whaaaa? No. Uh-unh.” And to tell the truth, it really put me off them for a while.
But the genre has evolved. There are alpha males and beta male; mates and ménages; women and men in mixed roles; and even, I’ve found a bit of humor. I tend to think the change has come about due to the Urban Fantasy genre. Those books definitely have their own take on vampires, werewolves, zombies, demons, and it isn’t always pretty or glamorous. But sometimes, it’s simply funny as heck. It was as though it gave the whole paranormal genre a shot in the arm – and opened up the flood gates to anything goes.
I like anything goes and I like shifters because you can truly make up your own story. In Darkest Magic, I was (loosely) following a storyline written a long time ago. By giving it a more contemporary feel, I created a unique slant, and a shifter tale that fits in nicely to the anything goes genre.

Here’s more about Darkest Magic:
Nik Epperstein’s alpha lost his mate two years ago and took an evil witch as his new bride. Ever since then, Eli’s leadership has become violent, bordering on insane. When Eli attacks him, Nik’s healing powers mysteriously vanish. He can’t defend himself, nor protect the wolf he secretly loves. Only through the help of a foul-mouthed witch and an overly-dramatic dwarf will he save her – but their assistance comes at a price.
Caroline has tried for two years to lure Nik into her bed and can’t understand his hesitation.  After all, she senses their mating bond loud and clear. Then Nik disappears. She confronts her father who tells her Nik is dead, and she’s next on his chopping block.  Without Nik to protect her, she flees the pack and is kidnapped by a man half her size.
Reunited at last, the young wolves have one last chance to ignite their bond. But love must wait when battle looms. Eli and his wife attack, and aren’t above using dirty tricks to win. If Nik and Caroline survive the battle, the dwarf and his wife will require them to make a promise that will change their lives forever…

“You’re done, Nikko. I don’t need you anymore.”
He flinched at the hand clapped on his shoulder. Though they’d been close as brothers while the alpha’s first mate was alive, things had deteriorated steadily since her death. This was probably the first time he had simply touched him and not hit him in over two years. It struck him as weirdly unreal.
“You’re out of the pack. Get your things and go.”
His brain went into freefall. This makes no sense. “But…I’m your beta.”
“Were. I don’t need a second anymore, Nikko. Petrina’s child will be my successor. He will rule by my side.”
A pack without a beta? Who had heard of such a thing? Or did Eli fear he’d one day try and take control, if things got bad enough with the Eli and Petrina circus? Oh hell, that’s it. He’s worried about maintaining his power. He knew in his heart the alpha was right. If he had the balls, he’d challenge the alpha and get it done and over with. An even more insane Eli was the biggest threat the pack faced. They’d unravel bit by bit from the inside, not be done in by an attack from a neighboring pack. Still, he found himself shaking his head, his loyalty as a beta too ingrained to simply let go, his allegiance to the pack too solid to let him up and walk away. Besides, he was a born follower, not a leader. He had no ambition to run the pack himself. Eli had to listen to reason. “He’s not even born yet. Without a full-grown second, the pack will be vulnerable, unstable. You need me—now more than ever.”
“Untrue. Petrina has assured me we will be safe, and these men have already sworn allegiance to my son. I’ve got it covered, bro.”
A slippery feeling crept up his spine as he risked a glance at her malachite wolf eyes. The change in their leader had started when he’d mated her two years ago, bringing her into the pack suddenly and unannounced. An outsider, no one knew of her or the pack she claimed to hail from. Though her unknown origins weren’t a serious problem, her demeanor had always made him wary. He trusted her about as much as a knife at his throat. But his allegiance continued unbroken, for better or for worse. “Look, if you want me to swear a pledge as well…?”
“Not necessary. You’re gone, Nikko. Time for you to get on your way.” The wolves padded forward silently to hover at the alpha’s side.
He wasn’t scared by the obvious act of showmanship. He’d faced off against most of these wolves before, knew their strengths and weaknesses. But the fact his own Alpha thought he needed them here caught his attention. Eli was the biggest wolf in the pack. He didn’t require the other wolves’ protection. Therefore, they were there to convince him to go peacefully. Why?
Nik sniffed the air and caught a hint of scent, one he’d kill to protect. Caroline. From the faraway quality of her smell, Caroline was currently at the compound. With her father acting strangely, was she safe there any longer? Worry skittered through him. If Eli was crazy enough to make his as-yet-unborn child beta, what would he do to his daughter by his former mate? He raised his eyes to his alpha, his protective instincts for Caroline surging to the surface so fast and hard he could barely contain them. He’d touched her, damn near held her in his arms and kissed her, a few hours ago. The memory burned through him with a new intensity that wrenched his heart.
Eli’s nostrils flared, his pupils glinting with the golden hue of his wolf’s rising ire. He wasn’t one to stand for even an iota of defiance.
He gritted his teeth and all but thrust the unspoken claim to her resting in his heart into the open. “What about Caroline?”
A flash of cold, dark ice went through Eli’s eyes and Nik’s concern for her welfare ratcheted to stark fear. He instantly knew her fate would be death. The alpha would kill his unborn son’s only rival to ensure his complete, everlasting rule. His stomach twisted into a knot as a strong hit of adrenaline flushed him hot.
“She won’t be needed either.”

To hear more about my upcoming shifter tales and other books, + Freebies, join my newsletter list here: http://eepurl.com/bdbAsr