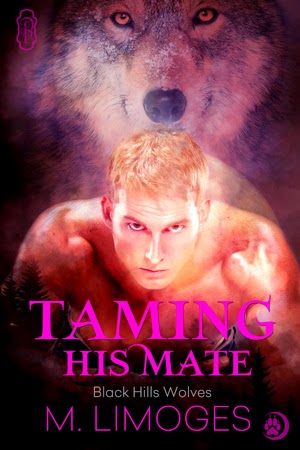 Often times we come across certain familiar tropes in many of the books we read. Be it as an entirely new spin on an old fairy tale we’re all familiar with. (Personally, I’m a fan of ‘Beauty and the Beast’ themed reads.) Or we might find similarities with tales written by a certain Elizabethan playwright.
That’s right. I’m talking about Shakespeare.
To be completely honest, I’m not exactly a fan. Never have been, but, and I’m purely speculating here, several common themes in his plays still influence a lot of the books we read today. From star-crossed lovers and masquerading characters to tragic errors in judgment and a reexamination of one’s character, many threads of Shakespeare’s tropes survive in today’s fiction.
And that brings me to the point of this post. As I began writing Taming his Mate, I quickly realized there were slight undercurrents of the Bard’s Taming of the Shrew. You know the one…prickly heroine who refuses to acknowledge her relationship with the hero. He spends the duration of the play wrecking her defenses. Granted, I didn’t quite drive my hero to the extremes Shakespeare took with Petruchio in order to tame his shrew, or in my case—mate. Of course, I chalk that up to societal differences between our times.
Perhaps I’m odd in that I love to see a hero chase after a heroine. I love to see him chip away at her defenses. Albeit, the heroine often has her reasons for refusing, as was the case with Taming his Mate. But hey, all’s well that ends well, right?

Blurb:
It’s a good thing Stephen Dorsett is a patient Wolf—especially since his stubborn mate refuses to accept the bond between them. Though she’s run from him for years, he’s determined to show her she belongs at his side. Nothing will stand between him and his sexy, spitfire she-Wolf.
Kate Matthews lives with a horrible secret. And though she’s loved Stephen for as long as she can remember, she could never be the mate he wants or deserves—especially if he ever learned the truth about her.
When hunters threaten the safety of the Black Hill’s Wolves pack, Kate overcomes her fears and lays her life on the line. Will Stephen and the rest of the pack accept her once her life-long plight is at last revealed?

Excerpt:
A high-pitched howl reached through the barrier of sleep and tugged Kate Matthews into semi-consciousness. Rolling onto her side, she groaned and smothered her head beneath her pillow. Another bay penetrated the memory-foam fabric jammed over her ears. Throwing the cushion on the other side of the bed, she flopped on her back and stared at the ceiling fan as yet another howl shattered the last vestige of sleep.
Damn it, Stephen.
Kate flung the covers off her legs, jumped from the bed, and stomped across the chilly hardwood floor to her bedroom window. Squinting in the darkness, she spotted one of her tennis shoes beside her foot and grabbed it. Armed, she jerked the window open and hurled her makeshift missile at the large, gray wolf loitering on her back lawn. The beast swerved clear of the canvas bomb at the last second.
An iridescent pop of light gave way to the human form of Stephen Dorsett. As moonlight illuminated his nude body, he gazed up at her, wearing an amused expression that pissed her off and turned her on at the same time.
“And a good morning to you, Sunshine.” His voice oozed with syrupy sweetness, infuriating her more.


I’m feeling spry today, let’s throw a $10.00 Amazon gift card in the mix. Just leave me a comment with your email address and tell me your favorite trope in romance. I’ll pick one commenter on March 06, 2015.

My favorite is the anti-hero; I'm such a sucker for the supposedly bad guy with a conscience:)

You know, Ashley, I really love anti-heroes too. There's just something about finding a real person with a beating heart under their tough exterior. Thanks for stopping by! :)

I don't really have a favorite trope because my reading mood changes often. So what I'm reading now I might not want to read next week.

I can understand that, Susan. Thanks for stopping by and commenting :)