Happy 40th to me…Help Me Celebrate?

Yeah, it has happened. I am now 40. SHRIEK! I could sit here and whine about a wasted life, or look back on good times and do all that soppy stuff. But we all know that’s not who I am. So I say bugger to all that. It’s time to crack open the champers and simply celebrate the day.
I never was one to keep my happies to myself, so I’m celebrating turning the big four-O by giving my readers some prizes to thank them for giving my work a go, and for letting the world know when they loved…or hated…my books.

So, it’s pretty simple. Fill out the Rafflecopter for a chance to win some fab prizes.
a Rafflecopter giveaway


IF YOU CANNOT SEE THE RAFFLECOPTER CODE, VISIT THIS LINK TO ENTER THE jewelry giveaway:  http://www.rafflecopter.com/rafl/share-code/MDNhMTUxOGJmNjE1MDc3YWM0Y2RhMmNkYzFhMjBmOjI2/ 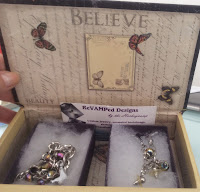 Kudos out to ReVamped Designs. She did an AWESOME job at designing the lovely SEAL THE DEAL inspired jewelry set. Seal the Deal was my favorite out of all my 2013 releases, and has recived some pretty darn awesome reviews. If you’ve not read it yet, and you enjoy paranormal romance and the 1Night Stand series, I totes suggest you go pick that up today!

I had TWO Seal the Deal jewelry sets made up; one for me, and one for a lucky reader. Consider the set a highly limited edition! And the quality of her work is outstanding. I am just in love with them. The photos do not do them justice. The beads really shimmer in the light. Very pretty. And very summery.

SEAL THE DEAL, Isle of Man and Selkie book one.

After being ditched at the altar, Finn Kneale isolates himself at Port St. Mary’s magnificent lighthouse. A violent storm ravishes the coastline, pitching the maritime tower into the Irish sea and transforming Finn into a seal. Carefree at first, he soon longs to walk as a man again. When leap year arrives, bathing land and sea in magic, Finn temporarily regains his human form. If he can’t find his soul mate in twenty-four hours, he’ll be back to cavorting among the waves.
Anne Ward—resident midwife and newcomer to Port St. Mary, Isle of Man—guards some wild secrets of her own while avoiding entanglements with married doctors. A believer in fate, she seeks out

Madame Eve’s exclusive agency to help find her destined mate. 1Night Stand matches these two lonely souls. But will their extraordinary date allow Finn and Anne to open their hearts to magical possibilities and Seal the Deal?

"Another magical read from JoAnne Kenrick. Passion, thrills, and romance, this book has it all. A must read!" ~ USA Today Bestselling Author, Marie Harte.

To find out more about JoAnne’s books, please visit her website: www.joannekenrick.com or her Amazon profile
at 3:00 AM

Isn't it? I just love the seal reflection in the water, it's very clever and the whole feel of the artwork really captures the story, I think :D Very lucky to be a Decadent author, their cover artists do amazing work.

Thanks for dropping by, Sheri xx