I believe to keep the romance burning in a relationship, it's always a good idea to try new things, have fun, and be spontaneous. My couple, Thayer and Pippa, added all three ingredients in my story, Right Here, Right Now. While having sex in a hotel room may not be too thrilling for some people, role-play and playful kinkiness are great ways to spice things up, especially when your man least expects it! Remember…there's nothing wrong with an innocent spanking every now and then---even if you’re not so innocent. Who wouldn't want to be with someone who makes the sex so hot that you forget your surroundings and wonder how you both ended up on the floor? Oh, and your neighbors in the next rooms? Who cares if they can hear you! Make no apologies when you're with the one you love. Thayer and Pippa certainly don’t. ;) 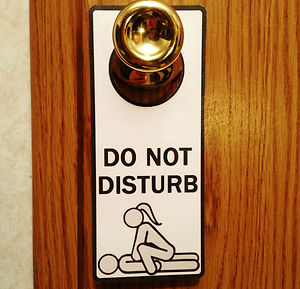 Excerpt for Right Here, Right Now:
I stepped out of the elevator onto Thayer’s floor, and my eyes scanned the numbers on each door as I passed them. I found his room at the end of the hall, and when I knocked on the door, a rush of determination flowed through me. I wanted to give him a birthday he’d always remember.
He answered the door after a few seconds, and I looked up at him with a sexy, feminine smile. I batted my eyelashes in a typical girly fashion and almost purred when I greeted him. “Housekeeping, gorgeous.”
His six-foot-two Adonis form stood in the doorway, and he stared down at me through wide, light blue eyes. I laughed inwardly because he stuttered when he tried to speak. “Pippa? How...but I just...when did you...?”
I didn’t wait for him to complete a full sentence; I just walked past him to enter the room.
He closed the door and turned to face me. I took my time untying the belt on my jacket, but kept my gaze fixed on him. Thayer approached me slowly and gaped at me as if I were a figment of his imagination. When he stood in front of me, I removed my jacket, only to let it fall to the floor. His eyes grew larger, and I smiled in delight when they roamed greedily up and down my costume.
He licked his lips and swore quietly in his native tongue.
I turned in a circle to give him the full view and wiggled my ass flirtatiously for good measure. He closed the distance between us when he grabbed me in tight hug. My birthday surprise had the desired effect because Thayer actually lifted me off my feet and spun me around. I laughed again; I felt so happy to be in his arms. When he put me down, he kept his arms around my waist.
“I can’t believe it. When did you get here? And where were you when I got off the phone with you?”
“I arrived earlier today and I was in my room when I called you.” I moved away from him, took a few steps around the room, and pretended to admire it. “Actually...” I turned my head to give him a coy look over my shoulder “…my room is here at this hotel.” He gaped at me again and I lowered my eyelids. “But I don’t think I’ll be sleeping there tonight,” I said silkily.
In that instance, our gazes locked, and a lustful, predatory look swirled behind his eyes. He approached me slowly, and I froze on the spot. The hungry white lion inside of him had emerged, and I had become the powerless gazelle. The closer he got to me, the clearer I could read the message he conveyed through his eyes. Thayer had the power to seduce me with just one look. I swallowed thickly because I knew it wouldn’t be long until he had me screaming his name. I had no doubt we would disturb the other hotel guests with our cries of passion.
Suddenly, I started breathing rapidly, and a flush crept onto my face and neck at the thought of what I had coming to me. Deep inside me, I wanted him to give into his primal nature and make me submit to him like an alpha male in a wolf pack.
Unfortunately, nothing feral happened and he didn’t sexually possess me. I expected him to dominate me and order me to take off the dress, but instead, his eyes gave me the once-over again. Then he crossed his arms over his chest, an amused expression on his face.
“So, where are your feather duster and vacuum?”
Hmmm...I didn’t think about making my ensemble more realistic.
I pursed my lips and looked around the room while I thought of a witty response. When I noticed the bed in the next room, I continued to role-play. “I'm here to fluff your pillows, sir,” I said in a polite tone.
A sharp laugh burst from his mouth. “Fluff my pillows?”
“Yes, sir.”
I turned and walked toward the bedroom. He followed behind me so closely I could feel him at my heels. I stood next to the bed and bent over a little more than necessary so he could feast his eyes on my other naughty surprise. The short hem of my dress allowed him to see everything hidden underneath. I picked up one of the pillows and fluffed it, and then I heard him gasp.
“Ohhhh shiiiiit. Pip, you’re not wearing panties.”
Still bent over, I turned my head to give him a seductive gaze over my shoulder. I licked my lips slowly. “Nope,” letting the 'p' pop. “I figured they were optional.”
Before I had a chance to turn around, Thayer moved swiftly to stand behind me. He put his arm around my waist and held me against his strong body.
When I straightened my posture, he whispered into my ear, “You’re very, very naughty.”
I chuckled wickedly.
He kissed the side of my neck and then he pressed his nose against my skin. Inhaling deeply, he made a content sound. “Mmmmm…you smell so good, babe.” His wet tongue darted out to taste me. “I bet you taste good, too.”
I angled my head for him almost instinctually. He took a long, leisurely lick on the side of my neck and a gentle nip on my earlobe followed.
“I think I want to play with you for awhile.”

Tall, blond, and stunning, Thayer Jørgensen is a Norwegian male model and every fashion designer’s wet dream. His latest assignment in New York City ends, but a canceled flight means he won’t make it home to California to celebrate his birthday with his girlfriend. Pippa loves her boyfriend too much to let him wallow alone in misery and she’s determined to make his birthday special with a sexy surprise he’ll never forget. She travels across the country and appears at his hotel room in a naughty French maid costume…without panties! A game of seduction and S&M ensues, making Pippa realize no good deed goes unpunished.

Right Here, Right Now is available at Amazon, B&N, and Decadent Publishing.
at 3:00 AM

What a great name - Thayer. I really like it. Congrats on your release.