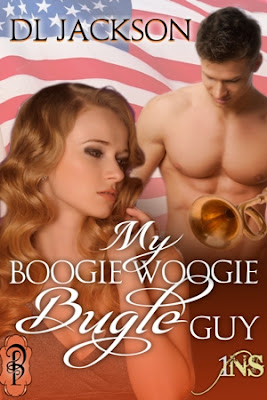 So, I’ve written another 1Night Stand story, and I’m dying to talk about it. It all started about a month and a half ago, when my son enlisted in the Army as a combat medic. A conversation on the loop about heroes in the military brought the muse to life. One comment about the Color Guard had me thinking about different kinds of heroes you don’t hear about often.

Sure when you think military romance, you think Recon, SEAL, Special Forces or any of the glorious and dangerous jobs that seem so sexy. But being an Army vet, I know there are a lot of silent heroes you don’t hear a lot about, who can be just as sexy. You don’t hear a lot about the combat medics, or the EOD, or even the solemn trumpet player who plays Taps for a hero who gave all.

Originally a call for lights out, Taps became an official send off for soldiers who lost their lives in service to their country during the Civil War. Union General Daniel Adams Butterfield, after the Seven Days War and a loss of 600 men, called the brigade bugler to his tent and changed the French “Lights Out” call to what we know today as a way to honor his men. That night it played across the battlefield. The next day, buglers from all across the division came to ask for copies of the music. And though there are no “official” lyrics to the song, these are the ones most used.

Taps
Fading light dims the sight,
And a star gems the sky, gleaming bright.
From afar drawing nigh -- Falls the night.
Day is done, gone the sun,
From the lake, from the hills, from the sky;
All is well, safely rest, God is nigh.
Then good night, peaceful night,
Till the light of the dawn shineth bright;
God is near, do not fear -- Friend, good night.
~Author unknown

Now to add to my story further, I have to tell you inspiration didn’t just come from the conversation. To further fuel my creative fire, I have a bagpipe player that lives somewhere down the road. At night I often sit out on my porch and listen to him play, the haunting melody has inspired many a romance. But not just the bag pipes, he also plays the trumpet. The songs carry across the rolling hills and through the woods, and for a few bars, the world goes silent just to listen. It’s incredibly beautiful.

In the morning at O six hundred, he plays Reveille, and at night he plays Taps at 2200 hours. I’ve recently discovered that this music isn’t played to entertain. The man responsible, an old Army Chaplain who rides a Harley, plays for hero’s funerals all over the state I live in. He plays the bag pipes for firemen and police, the trumpet for military. The songs he plays at night are to honor fallen heroes.

In the morning—well, that just his way of telling us it’s time to start the day. And to be honest, it brings back memories that make me smile. I don’t mind being told to get up, it’s more entertaining than that annoying rooster down the road that won’t shut up.

So now you know the inspiration for My Boogie Woogie Bugle Boy, and on June 1st, you can read the story about a different kind of hero. My hopes are you will feel the spirit of the inspiration behind the story.

Blurb:
When Grace Daniels goes to the cemetery to visit her twin brother, she meets a soldier, there for the same reason, or at least that’s what she believes until he tells her about the blind date her brother arranged before he was killed in combat.

It’s the date of her dreams. Big band, brass and sass, Madame Eve from 1NightStand has set her up for an unforgettable night, a WWII swing dance party. Unfortunately she’s having trouble letting go of her past and is afraid to take the chance given to her.

Sergeant Frank Winters is an Army trumpet player who travels with the Color Guard, a great dancer and six feet four inches of eye candy that could make her an addict. He’s also a soldier and soldiers can get killed. Grace doesn’t have the heart to lose someone again, but Frank knows a good thing when he sees it and he’s determined to show her in one night, she’s got more to lose if she walks away.

Now, that being said, please Google, “the real Boogie Woogie Bugle Boy” and learn about the hero behind the Andrews Sisters’s song. His name was Bill Arter.

I enjoyed learning about your inspiration for Boogie Woogie Bugle Boy, DL! The blurb caught my interest!

Thanks for stopping by. For me, this story flowed so easy, just like Cinderella Wore Combat Boots. I had so much fun writing it, I had a hard time stopping.

Congrats on your latest release! Sounds like a great story.

There's so much of you, Dawn, that goes into your writings and it's beyond cool to learn what got you thinking. I really look forward to reading this one!

I can't wait to read this story again! So beautiful and sexy! :)

Thanks. I'm thrilled to be able to do a Memorial day post on this one.

This sounds so great, Dawn and I loved the post - I remember taps from when I was a Brownie.

I love going outside and listening to him. Tonight, I imagine, he'll be playing extra long.

Wow, how much fun! Love the cover, and it looks like a great 1NS!

Thanks so much for sharing the story of the inspiration for your book. You really don't hear much about the buglers, and yet they're so intrinsically tied to the military.
Here in Australia, every ANZAC Day a bugler plays "The Last Stand" and it's the most haunting, evocative sound, and the thing I remember and associate most with the day.

I've been away from my keyboard, so I didn't come across this until just now. D.L., I wish I lived in your neighborhood. I embedded a YouTube vid of the story of Taps on my website for Memorial Day (www.scotianrealm.com). Did you know that the bagpipe is the only musical instrument officially classified as a weapon? I believe the English passed a law after putting down the Jacobite Rebellion. I know the skirl of a bagpipe always stirs my blood! Congrats on your new release...with inspiration like this, I'm sure it's a winner!