How did you start your writing career? I remember writing stories when I was nine or ten.  The one I can remember was set during the stone age.  In my early teens I wrote little science-fiction stories, and I think my first mistake was showing them to my friends (LOL).  I don’t think I had a lot of self confidence in my youth, and I was susceptible to ridicule.  So a few negative comments went a long way.
That and having to write for school put me off a long time, built in me an absolute trepidation of writing.  So the first writer’s skill I perfected was an uncanny ability to procrastinate.  I found a master’s program that did not involve a thesis, because knowing me, I’d put it off to the last minute and try to get it done in an all-nighter.
All the while I “wrote” in my head, characters and plots and timelines.  These were “daydreams,” which I never connected seriously with the idea of writing fiction.  At the same time, people told me I was a good writer, and would ask me to rewrite letters to make them more diplomatic, or come up with a phrase that had rhythm and appeal.
I ventured out with some blogging, and found it fun, personally rewarding, and—surprisingly—well received by the phonebooth full of people who read it.  (Note: “phonebooth” refers to an obsolete structure from the last millennium, notable for its lack of roominess.)
One day it hit me.  I was in a bookstore and I looked up and down the shelf at the absolute crap that was being sold—for cash money.  I said to myself, “Self, you can write crap.”  And myself said to me, “Damn right I can.”  And the rest is history. 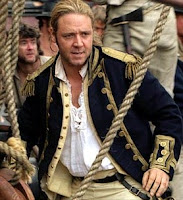 Who is your favorite author?  I made the “mistake” of picking up Patrick O’Brian’s Master and Commander, because I had seen the movie.  I say “mistake” because I did not come up for air again until I had finished his entire Jack Aubrey series.  That’s twenty sizable novels.  Took me half a year, because I was “chain smoking” them one after another.  If I finished Desolation Island at lunch, I had to buy The Fortune of War before dinner.  Good thing I’m not obsessive-compulsive (LOL).  That was six months of sheer pleasure.  The books are action-adventure certainly, but his writing is splendid, full of humor and passion.  He actually has a sound similar to—of all people—Jane Austen.
What was your first sale as an author?  I saw a notice for what I later learned was flash fiction, a very short erotic story that was to be recorded.  The idea was “hands-free” audio erotica for women.  They never explained the “hands-free” part to me, but I guess it’s so you can listen and still do the dishes, right?
Anyway, I received the grand sum of ten smackeroos in my Pay Pal account, and I was a professional!  They did record it, by the way, and it was amazing.  They did a fabulous job.  Even I wanted to “wash dishes” while listening, if you know what I mean.
Plotter or Pantser? Why?  Pantser.  Though I have been known to lay out ideas for future books.  However, when actually writing I’m following only a general idea of where I am going.  And I have been amazed at how that veers from my original intent.  Wow!  Things just sort of develop, fall into place while I’m writing, connections, motivations, scenes.  My creativity doesn’t really get going until I’m in the thick of it.
That’s the way I am.  Ask me what I’ve got planned for the weekend, and I’ll have to tell you the following Monday.
Do you listen to music while writing? If so what?  I do, much of the time.  I’ve never really 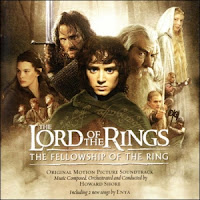 known how to describe what music I like.  I enjoy film scores.  I would have loved to compose music for movies, if only I had some gifting in that area.  (I don’t), but I do love it.  I recently discovered Pandora, and I’ve been blown away.  You type the name of some music you like and it predicts what else you will like.  I put in Lord of the Rings because I think Howard Shore’s work there is brilliant.  And it has fulfilled its promise.  It comes up not only with other scores, such as Hans Zimmer and James Newton Howard, but many other artists I didn’t previously know.


How do you develop your plots and your characters? Do you use any set formula?  Ha!  Remember that “daydream” thing?  This stuff has been percolating (that’s an ancient method of brewing coffee) for decades, and I’ve got characters and material enough to last the rest of my life and more.  There’s no method or formula.  It just happens in my head.  Fortunately, there’s enough empty space up there for several hundreds of people to live, because my characters span multiple generation.
My novelette for the 1NightStand series, The Middlesex Suite, came about partly through the parameters set by the creators of it, but I tossed at least three elements from my “daydreams” in it.
What book are you reading now? Ken Follet’s The Pillars of the Earth.  I’ve had it in the back of my mind to read for a long time.  It’s the first book I’ve read by e-reader, and I’m surprised how much I like the technology.  The book is excellent.  I haven’t read much Follet, maybe two books over the last few decades.  I read On Wings of Eagles, which is not really fiction, because I actually know a couple of people who appear in it.  I read Lie Down With Lions, I think because my roommate at the time had it lying around.  It has pretty explicit sex scenes in it, by the way.  So does The Pillars of the Earth.  (Do I get a cut for all the new sales you’ll get now, Ken?) 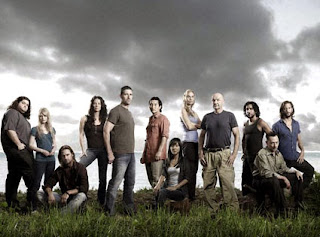 
Do you have any suggestions for beginning writers? If so, what are they?  Don’t be put off by lack of self-confidence.  If you have the desire, do it.  Who cares if it isn’t that good.  You’ll get better.  The only way to be a good writer is to be a poor one first.
Take the Nanowrimo challenge next November.  It’s a lot of fun and in the end you’ll have written a novel.
Read. Read. Read.
Find a writing community to join, hang with, chat with, learn from.   With the internet it’s easy now.  Figure out what kind of writing you like, what genres, and google until you’ve found publishers, groups, authors and then make First Contact.  Then Live Long and Prosper.
at 6:58 AM

Ah, an author after my own heart. I love James Newton Howard and Hans Zimmer. I've gotten to the point of being a movies and knowing who wrote the score just by paying attention to the music!

I know I've read some Follett, but I'd have to check out Amazon to recall the title. Seems to me he's one of those hugely prolific types!

I understood absolutely every reference you peppered into your interview. LOL Yep, sci-fi dork here!

Pillars of the Earth-one of my ALL TIME favorite books. Period. I want to read World Without End soon. Incidentally, I went to Cantebury Cathedral just months after finishing that book and saw the place where.....well, when you get to that part you'll understand!

Love the interview, Gwen. Thanks!

I can see myself waiting until the night before to write a thesis, too. lol

It's great to get to know more about you, Gwendolyn. Congrats on The Middlesex Suite!

Yes, that was me who clicked "funny". I love your sense of humour. Thanks for improving my day.

Awesome interview Gwendolyn!! Loved getting to know you better. :)

Isn't Pandora awesome? So many kind of music; so many new discoveries.

Master and Commander is on one of my all time fave movies. I actually went into the movie expecting to hate it--not my genre. But the story and characterization; the gritty detail; all wonderful.

My father-in-law loves the books. I'll have to give 'em a try.

Pillars of the Earth? Favorite book.
James Newton Howard? Loved him since he was the keyboardist for Elton John.
House? Favorite show because he rivals me in sarcasm (the man's a genius, what can I say?)
NaNoWriMo? Did it. Never finished.
Procrastinator? See NaNoWriMo reference above.
Thesis all-nighter? Did it. Twice.
Sigh...are all writers cut from the same mold?