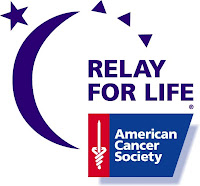 In my first blog of 2011, I would like to start out the year fighting. Yes, fighting!

You may have heard of Read For a Cure. It’s a Decadent Publishing program that benefits the American Cancer Society Relay For Life. Decadent Publishing donates all profits from one book per month to Relay to fight back against cancer. It’s close to my heart; I created it and presented the idea to my partner, Lisa Omstead, and she readily agreed with the merit of the idea. As we’ve both been deeply and personally affected by cancer, it is an honor for us to help the Cause in this way.

Why Relay? For me it started in 2009. My mother lost her oldest brother to cancer late in 2008 and my father had been diagnosed with brain, bone and lung cancer. My best friend was a Relay For Life committee volunteer for several years and introduced me to the event. She registered me, I sent out emails, and raised over $500 my first year. The event was in April that year, and ended up being more poignant to me after my father passed 2 months before. We weren’t close, but losing a parent is like losing the barrier between yourself and mortality. Frightening.

It became very personal as I looked at my children and knew it was quite likely that they would not only lose a parent to cancer, but could easily contract it themselves with our family history. You see, 3 of my 4 grandparents had suffered from cancer, 2 survived it. My Gram, my father’s mother, died of pancreatic cancer, one of the least curable and most painful. My other grandmother has survived cancer. Twice.

I volunteered for the planning committee for 2010. Before that event could happen, we lost another of my mom’s brothers to brain and lung cancer. My heart broke a little. I raised over $1200 personally for our team and, holding my 8year old daughter in my arms, cried my eyes out when my own family pictures were a part of the ceremony that year.

We started Team Decadent for my city’s Relay For Life event. So far, my teammates and I have raised almost half of our $4000 goal and I am so proud; not only of my company, but of our team! Our authors have jumped at the opportunity to FIGHT. We even had a group of authors submit an anthology of holiday stories and volunteer a good portion of their profits to Relay For Life. I am humbled and grateful to them all, because what they are doing could save a life; their life, my life, my child’s life.

So, we will start out 2011 fighting—fighting for a cure. Want to join? Go to Decadent Publishing and buy our Read For a Cure book. For January we offer you One Night at the Beach by the wonderful Kate Richards. Enjoy it and know you, too, are a fighter.

For you, Heather, and for everyone out there who fights the good fight! I'm off to buy Kate's Book!

I've seen the ugly face of cancer--it has effect my life. I firmly believe we must all do our part. Thank you Decadent Publishing for fighting for a cure.

For my grandfather, I fight. Thank you Decadent Publishing!

I understand your desire to make a change and work hard for a cure. It is sad to see our loved ones suffer. Relay for Life is a cause worth fighting for. Thank you.

I'm so proud to have my book up this month! And anyone who doesn't want a book I am very happy to direct right to the donation site for our team. I've lost a few I loved very much too, and the research is so promising...that new blood test sounds amazing...we can help!
I have to say though, books are great and if you can get a book and help a cause, it's a win win!

Cancer is an ugly disease. I've seen many people I knew and cared about die from or atleast be affected by cancer. I'm glad the American Cancer Society's Relay for Life puts so much into actual cancer research. We can all use a little less heartbreak in our lives.