"Any color but blue, please."

Favorite song – don’t really have one.
Favorite food – uh, nothin’ there either.
Favorite movie – I can narrow that down some, anything with Russell Crowe or Denzel Washington in it, or both. (Which leaves me with ‘Virtuosity’ and ‘American Gangster’.) Okay, separately works well, too.
Favorite beer – Spotted Cow. 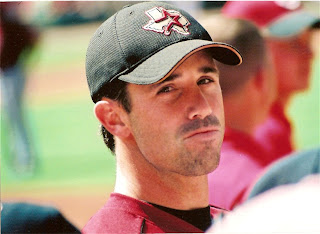 Favorite car color – ANY COLOR BUT BLUE! (Yes, I know I’m yelling and there’s a reason for that.)

Lol, I can so see your hubby saying that, Wen!!
And Spotted Cow? I only have four left in my beer fridge! Oh the humanity!!!! Guess I'm sending you back to WI with some cash next visit! :)

This is hilarious. I can just see it all in my mind. I've had a husband like that once, they have no idea what it's all about.

I got hit once by two old people and the cop was more worried about them than me, and I was hurt. Thank God I had a witness that they hit me without looking where they were going.

I never liked cars much...they seem to get you into trouble.

I understand completely how you feel. But metalic ice blue does sound nice....
Love and blessings
Rita

Ha! I've always wanted a blue car, but you're making me rethink that.

OMG, I can totally relate. My Black Nissan Altima was hit 4 times in 4 months. 3 of those times right on the street in front of my house. During the same time frame, my husband's black Mustang convertible was totally side scraped and dented by some gigantic idiot in a big old car who wasn't watching and pulled out in front of a new red F-150 and got hit by them, then hit our parked car. And, of course, he didn't have insurance the the damages to either car. Then Mustang got hit by someone backing up. Yes, 6 car incidents in 8mos with 2 newer black cars.

We've not had a black car since.

Thanks, Wendy. That was fun to read. Kind of!
Hb

Food for thought...what had that blue car done in a former life to deserve getting continually smacked about by other cars? Was it a getaway car for nefarious villains? Took part in numerous kidnappings?

Thanks for all the comments! You know, 'truth IS stranger than fiction' and silliness like what is found in these little stories, you just CAN'T make up! True stuff! Sad, isn't it? :)

Wendy...To someone without your sense of humor this would be a rather depressing story. I, too, had a cursed car once. It was white, 2 accidents in five weeks. the second one week after getting the damage repaired for the first.

Thankfully, in my case, second accident totaled it and I was done with that mess!

I think that little blue car is possessed. I feel like I shouldn't laugh, but as I read your story I could imagine the car being the bad seed on the car lot.

When I'm at work, everytime I pee the secretary puts through a call, and I feel like flushing the phone down the toilet.