10 things you didn't know about Ellen... 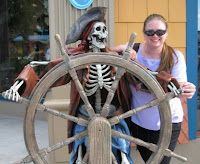 How did you start your writing career?
Well, I've been writing as long as I can remember. The first book I remember finishing was Webby and the Tar Monster. About a dinosaur and a...well...tar monster. If you mean seriously started, it was probably three years ago. I've dabbled at writing and submitting things, but three years ago I finally looked at the version of Blood Moon I'd been working on at the time and said, "finish the damn book. You can do this." I found a great critique group, and the rest is history.
Tell us about your current release.
Well, I think the blurb sums it up pretty nicely: Fugitive shifter, Aria Legreve, is always on the run. With her own life at risk, she helps a badly beaten shifter to his Pack, knowing the danger her meddling entails. Hoping to use her status as an Outcast and be set free, her world changes when she meets head on with no other than her Mate—who is dead.

Alpha Lukas MacLeod has been searching for his wife for the past year, until Aria walks straight into his lair. Fate intervenes and gives them a second chance. Caught up in an intricate web of lies and prophecies in the making for generations, Aria and Lukas must discover a way to balance the darkness in their world, but will their love be strong enough to save their pack and each other?

Do you believe in ghosts?
Yes. I even think I've seen a few. :) All those ghost programs on TV (Esp Ghosthunters) are my guilty pleasure. No one knows what happens after you die. So why can't ghosts be an option? And here's your random sidenote for the day - I teach physics as a class. One of the laws of energy is that it can change form, but it can't be created or destroyed. Why can't a soul be a form of energy? (I'm using this idea in a new book I'm writing. Can you tell?)

What does your significant other and family think of your writing career?
My family has always been supportive, and I love them for that. No one has ever pulled me aside and asked me what I was thinking. Strangely enough, I think my grandmother is the most vocal supporter. If she doesn't get emails regularly about what I'm working on, I get phone calls demanding to know why I've stopped. (even if I haven't!) As for signifigant other, I haven't found one yet. I'm thinking he got lost on his way here and refuses to stop and ask for directions. (Typical male.) lol

What was one of the most surprising things you learned while writing your books?
That sometimes my Muse sticks more in there than I realized was possible. Extra characters, plot lines, twists. And that I have the bad habit of creating secondary characters that I sometimes end up liking more than the primaries. I also have discovered that a villan I created for a particular story is actually one of my favorite characters. He will probably, sadly, never appear in a story because I like him too much to kill him, and he's just so dark he'd have to die.
How do you describe your writing style?
Early Pollock? lol. I'm not sure.
Plotter or Pantser? Why?
Panster. Mainly because even when I try to outline, I end up changing so much by the time I look at the outline again its useless. That's not to say I don't have a goal in mind - I do. I know what key plot points I want to hit. Its just that I'm not good with planning how I'm going to get there. Usually because I never get there the way I think I will. The only exception to that is a middle grade mystery I just wrote. That one I wrote half and then plotted the rest and mostly stuck to it - just because if I didn't, I was afraid I'd screw up the mystery part.
Tell us about your family. 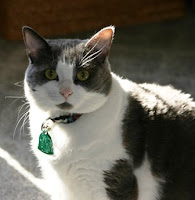 I'm the oldest and I have one brother. He's an engineer. When the technology gods get angry, I call him. My parents are both in education (see where I get it?) my mom is a librarian and my dad is also a high school Tech Ed teacher. They're awesome and I love them to bits. And I have a cat named Molly. She's spoiled rotten, but I'm getting better about it.
Do you use a pen name? If so, how did you come up with it?
I do. Because I teach in a small town, and sometimes romance authors are not always thought of highly (annoying, but true) I thought it better. I have bigger battles to fight than what I do with my free time. I also write YA/MG under my real name, so it helps keep things separate. How did I come up with it? Ellen is a great Aunt's name, and Keener is a relative's name on the other side of the family.

Do you listen to music while writing? If so what?
Yes. Lots of different types, but mostly rock, steampunk, josh groban, and a lot of soundtrack and classical. It really depends on the book, scene, or mood (or any combination thereof)

aww Molly is adorable!
I'm the same way; pantser all the way, except when writing a book full of plot twists and turns. Then I have to have a rough guideline. I find writing the last chapter after the first three helps in that regard, too.

I think Molly should make an appearance in one of your books! Thanks for the fun blog!

I like what you said about your significant other. Very cute. : ) I never thought mine would arrive either but when I was out having fun he showed up just in time. In August we celebrated our 18th anniversary.

YAY, Maynely!
And Ellen, everyone who reads this book loves it.
We have so many teachers/education-types at Decadent! It's fabulous!

Jo-Anne and Val, thanks. I think she's pretty cute. (Unless its 2 am and she wants food. Then we won't discuss what I think of her). And actually, she does make an appearance in something I've never finished on the hard drive.

Heather - You're awesome. And thanks so much for everything!