Commencement Wisdom for the Ages 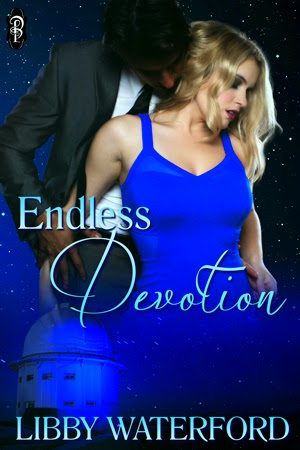 It’s been a long, winding road to the end of the Weston University novella trio and I’m so excited that Endless Devotion is out in the world, completing the saga of three very different couples and their paths to love over the course of the reunion and commencement weekend at fictional Weston University. The hero of Endless Devotion, Devak Batra, is the university’s commencement speaker. We get to hear him give the final address to graduates. Rereading his heartfelt words made me think about other great commencement speeches through the ages. They are an opportunity for someone older and wiser to share a final bit of advice with a bunch of hung-over twenty-two-year-olds who probably aren’t even listening. That’s what life is ultimately about, no matter how well intentioned the speaker; some things you just have to learn for yourself.
Nevertheless, the best commencement speakers offer wisdom that we all can learn from. Here are a few recent memorable speeches that come to mind. Do you have a favorite? Do you even remember who gave the address at your graduation? (I don’t, either.)

Neil Gaiman, University of the Arts, 2012
In what is known as the Make Good Art speech, Gaiman gives a blueprint for creative people trying to do the work they are passionate about. It’s a wonderful, witty speech with Gaiman’s typical imaginative dark optimism. A sample line: “If you have an idea of what you want to make, what you were put here to do, then just go and do that.”

J. K. Rowling, Harvard, 2008
Rowling’s speech is funny and self-deprecating, but she doesn’t shy away from talking about failure as an inevitable—and helpful—part of life. “So why do I talk about the benefits of failure? Simply because failure meant a stripping away of the inessential. I stopped pretending to myself that I was anything other than what I was, and began to direct all my energy into finishing the only work that mattered to me. Had I really succeeded at anything else, I might never have found the determination to succeed in the one arena I believed I truly belonged.”

Barbara Kingsolver, Duke, 2008
Another author! Kingsolver covers many weighty topics, but ends on an uplifting note: “You can be as earnest and ridiculous as you need to be, if you don’t attempt it in isolation. The ridiculously earnest are known to travel in groups. And they are known to change the world. Look at you. That could be you.”

What better way to keep her ex at a distance than by becoming engaged? Of course, Katya Noskov’s betrothal to a fellow Weston University professor is just a sham, but she’ll do anything to avoid becoming ensnared in the seductive trap set by Devak Batra, her charismatic ex, who just happens to be the US Secretary of Education.
Dev arrives on Weston’s campus to give the commencement address at the graduation ceremony and to propose to Katya while he’s at it. The last thing he expects is for her to announce her engagement to someone else. Undaunted, he’s determined to talk her out of her betrothal and back into his bed.
When Katya and Dev come together, sparks fly, clothes come off, and nothing, not even an engagement ring, can stop them from acting on their physical desires. From passionate stolen kisses to trysts in the rain, these two can’t keep their hands off each other, but steamy sex can’t resolve Katya’s reasons for leaving Dev in the first place. He must show he can make room for her in his life, not just his bed, if she can consider a future with the sexiest member of the Cabinet.
Will Katya’s fake engagement lead to a real proposal? Can Dev’s devotion survive distance, lies, and acts of congress?
The third of three erotic novellas set at the reunion and commencement weekend at Weston University, where lust leads to true love.

Katya wrapped her bathrobe around her body, intending to make use of the sumptuous bubble bath her mother had given her for her last birthday, and to lose herself in the latest Elizabeth George novel. The antiquated doorbell shrilled at the front of the house.
It wasn’t terribly late, but she couldn’t imagine who would be stopping by. She peered through the window beside the door. Dev stood there, something bunched in his left hand. He seemed calm, assured. He wasn’t easily rattled, and his equanimity suddenly made Katya want to wipe the impassive look off his face.
She yanked open the door. “Yes?”
“You left your trench coat in my car.”
She grabbed it out of his hands. “Thanks.”
“So, back to the idea of breakfast. Perhaps you and Edward could both join me—”
Katya lunged forward and plastered her lips to his, stopping his flow of words, commanding the entirety of his attention for at least this one moment. She didn’t want to listen to any more of Dev’s plans or hear her fake fiancé’s name come out of his mouth one more time. She didn’t want to think about the lie she’d told or Dev’s reasons for being here. She wanted some peace from the war raging between her brain and her body’s primal need to feel this man’s skin against her own.
She’d make this moment last as long as she could in the hopes of gaining some relief from her interior battle.
He kissed her back, adjusting his posture so, despite his greater height, she didn’t have to stand on tiptoe to meet his lips.
“Yes,” she murmured into his mouth, owning her need for the first time that night and loving the rush of power her sudden freedom from indecision brought her. She filled her fist with his thick black hair, tossed aside the trench coat, and grabbed his tight, delectable ass with her other hand. She ground herself into his body, making her intentions unmistakably clear. She detected his arousal as he groaned and wrapped long arms around her waist, locking her to him.
They had always been like an erupting volcano when they’d come together, hot, heedless of anything in their path. Now they grappled and moaned and tried to out-kiss each other, stealing each other’s breath away. Katya barely registered the fact they were still on her doorstep and their coupling was visible to the world until Dev’s voice, scratchy with need, broke into her consciousness.
“We’re going to”—he kissed her—“get arrested for disturbing the peace.” 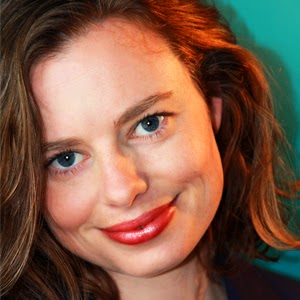 About the Author
Libby Waterford writes steamy contemporary romances. She lives in Los Angeles with her husband and two sons, where she works off her weekly pilgrimage to In-N-Out by swimming and climbing the city's secret staircases.

I DO remember my commencement speaker-- Senator Thomas Eagleton. I remember that his political career came to a sad ending, but I have no memory of what he said. Great post! Can't wait to read the story.

Thanks for stopping by, Alanna and Alina! Wow, I'm impressed you remember that, Alina. I had to look up mine...Professor Njabulo Ndebele, a South African teacher and writer.