The Benefits of Watching March Madness 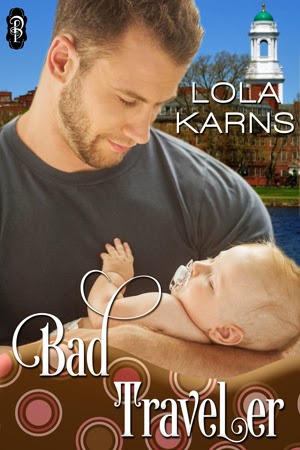 By now the first weekend of the NCAA Men’s College Basketball tournament has whittled the field of 68 teams to a mere 16. If you were unaware of this fact, then either you are not a college basketball fan, or do you live with one. I wasn’t familiar with March Madness until I met my husband, who has been known to take days off of work and set up extra TVs to watch as many games as possible.
The concept seemed silly to me until I noticed how many broad-shouldered muscular men bounded around the court, and that includes the coaches. I won a “bragging rights” league the year I filled out my bracket based on which team had the hottest coach. Being superficial paid off, thanks to Shaka Smart and the Virginia Commonwealth Rams. Kyle Collins, hero of my Decadent release Bad Traveler is Final Four worthy.
Eye candy aside, I recommend watching the NCAA Basketball tournament, men and women’s, for another reason. You will not encounter such a range of publicly expressed emotions anywhere else. For this writer, a crowd shot is like hunting for gold in the middle of Fort Knox. Moments of unfettered joy and relief sit across the aisle from despair and grief. On the court and in the stands, you see it all; determination, cocky confidence, boredom, anger, nervousness, happiness, regret, and even lust. Once the kids are in bed, the hubs and I play a game of “who’s getting laid tonight.” After this opening weekend, I’m on an emotional hangover that will feed my next manuscript.
If you need a taste of college basketball to tide you over until next weekend, check out Bad Traveler:

Recipes are a way of life for Gwen Jones. Take one single mother, her infant daughter and a business plan for a small town bakery. Combine with an eventful cross-country flight, chance encounter with her college crush and a dash of motion sickness. Stir in a few nuts, or family members, and large quantities of chocolate. Will this recipe be an oven oops, or as delicious as her alma matter’s newest coach?
Having survived an attack in Afghanistan that cost him a leg and a wife, Kyle Collins developed a strategy to find meaning in life. He may be an assistant basketball coach but he refuses to sit on the sidelines. When the runs into the woman whose lips are as unforgettable as her brownies, Kyle decides to spice up Gwen’s recipes.
When a secret ingredient is thrown into the mix, can their recipe for a happily-ever-after rise to the occasion, or will it end up a hot mess?

After this weekend, I have a new hero coach to add, Ron Hunter of Georgia State. If you have any doubt about the power of emotion on display, google him. Thanks for stopping by

Love the game you play about who's getting laid!