I've been doing a bit of research for a new story I've been working on. My hero is a Thunderbird Pilot in the US Airforce. The Thunderbirds are stationed here in Las Vegas at Nellis Air Force Base. The team performs high flying stunts and feats of skilled flying much like the Blue Angels.  Everyone loves a cocksure pilot who gets tamed by a sassy lady. In my research I ran across this pretty amazing poem called the G.I.'s Christmas Carol. It was written by Lt. Col. Darrell Rathburn during the Korean War. The poem was printed in several newspapers at the time and read on air by Bing Crosby during one of his radio hours. I decided to share it with you all.  I know Christmas was yesterday but I thought you all still might enjoy it. It was hard to find a copy online so I simply transcribed it from a recorded version I have.

T’was the night before Christmas, and all through the tent
Was the odor of fuel oil (the stovepipe was bent).
The shoepacs were hung by the oil stove with care,
In hopes that they'd issue each man a new pair.
The weary GI's were sacked out in their beds,
And visions of sugar-babes danced through their heads,
When up on the ridgeline there rose such a clatter
(A Chinese machine gun had started to chatter)
I rushed to my rifle and threw back the bolt.
The rest of my tent-mates awoke with a jolt.
Outside, we could hear our platoon Sergeant Kelly,
A hard little man with a little pot belly.
"Come Yancey, come Clancey, come Conners and Watson, 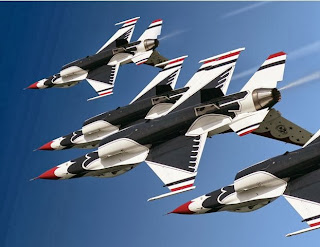 "Up Miller, up Shiller, up Baker and Dodson!"
We tumbled outside in a swirl of confusion,
So cold that each man could have used a transfusion.
"Get up on that hilltop and silence that Red,
"And don't you come back till you're sure that he's dead."
Then putting his thumb up in front of his nose,
Sergeant Kelly took leave of us shivering Joe's
But we heard him say in a voice soft and light:
"Merry Christmas to all-may you live through the night."

What is it about military men that lights our fires as romance readers? Why do we love Navy Seals, Air Force Pilots, and Marines? Tell me what makes you love military romances.
at 3:00 AM

I read a book about Navy Seal Dogs recently that was riveting.