Walking through the stores these days you can’t help but notice all of the Valentines decorations and items for purchase. When I see the little boxed sets I used to buy as a child, I think of the boys who I would give them too. I used to write something that I considered a secret message. Or so I thought. I’m sure they never knew.
The valentines for my friends would be signed, “Love”. The ones to the guys I liked usually said, “Love ya” or I would make a smiley face or a heart, those were my secret messages.
These memories bring back thoughts of my first crush. I was five. Getting on the bus to go to Kindergarten was always nerve wracking and exciting, because the next stop was when little red-headed Joey would get on, and he would sit with me. My mother says I would talk about Joey a lot and get all giddy. But I don’t consider Joey my first real crush. That honor goes to Greg. There was something about that boy with his dark hair, and his bright blue eyes, and a smile that would light up his face. But Greg was a couple of years older than me, and I knew that “we” would never happen.
It didn’t prevent me from ogling him at school or busting out my telescope to check him out from my bedroom to his. His apartment complex sat higher than mine and was a few blocks away. There were trees in between our apartments, but I had a clear shot and I could still see him from the waist up when he was walking around his room. On the rare occasion he would have his shirt off, and I would blush as if he could see me.
One day I confided in some friends that I did this, and they came over to see. I should’ve known better. About a week later, a group of us was boarding the school bus at the end of the day, and a friend told on me. I didn’t know it was coming.
Someone said, “Hey, Greg. I know someone who looks at you in your bedroom through a telescope.” He got mad and said something along the lines of, “What the hell do they do, stand out in the parking lot?” I think he thought people were making fun of him, because looking around you could tell something was up. Everyone in the group was smiling and laughing, which made him angrier. I froze, felt my face flame up, and I couldn’t breathe. I wanted to die.
Eventually someone said that I was the one who spied on him. When his eyes settled on me I saw his face soften, and he smiled. I melted. I didn’t expect that kind of reaction. I thought he’d be mad at me and figured things would be awkward, but he sat next to me that day, and he told me I was cute. I was in heaven. He never did look at me quite the same again; it was always with a grin and a little spark of humor in his eyes. And that was okay, because he never made me feel stupid, or teased me about it.
I was affectionately and annoyingly called “Little Natalie” in that group of friends, but after that day, the guys referred to me as “Sweet Little Natalie” or “Cute Little Natalie.” I hated it, but I loved it at the same time. Hated it because it reminded me that I was in fact younger than I wanted to be, and I loved it because they paid attention to me. That made me feel good in a time where I was so unsure of myself.
What is a crush? Unrequited love perhaps, but not as strong as being in-love. Maybe you could call it a “temporary love”, but most definitely I say it’s a short term infatuation. Some call it “puppy love”, and according to Dictionary.com, a crush is an informal term for the “temporary love of an adolescent.” I think that sums it up perfectly.
What do you think? Do you remember your first crush?
*****
I never saw Greg again after high school, but the curiosity got the better of me, and I found him on Facebook last year. I friended him and of course I perused through his photos. He’s a handsome guy, and he looks happy. I won’t lie I smiled ear to ear when I found him.
***** 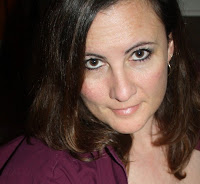 Natalie Star is the author of the young adult paranormal romance, The Keeper -available for your eReaders at most eBook retailers for $2.99, and in paperback at Amazon.com.
http://www.amazon.com/The-Keeper-Natalie-Star/dp/1613332645

Ah that was cute! LOL
MY first crush was on a teacher. Mr. Nichols. Oh I had it bad.

My first crush was a television character, Mr. Spock from Star Trek. Yes, I have unusual taste. :)

Aw so sweet. That Greg is definitely hero material. Most guys would have mocked you mercilessly. He showed the rest of them how it's done!

Such a sweet story!

I remember my first crush. It was on a boy who lived around the corner from us. My brother was friends with his brother. Nothing ever happened, and he never found out. I see his mom every once in a while, and I've met his wife, too. He's now a firefighter with three kids. :)

So sweet thinking back to first crushes. Even if they were embarassing back then, they are treasures now.

Love this story! Greg was a keeper for some girl eventually, I'm sure - what a sweetie.