A New Year, A New Novel, A New Kind of Fairytale 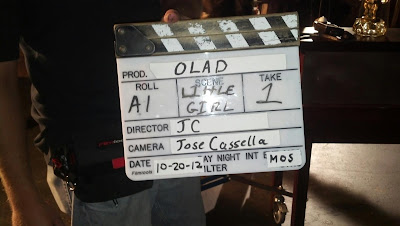 By Shayne Leighton
This past year provided a lot of excitement, a lot of learning curves, and a lot of obstacles for me as a writer along with the other facets of storytelling I’m involved in. I started speaking at high schools–something I dreaded, knowing full well what to expect from an audience of apathetic, jaded teenagers. (I was one only a few years ago, so I’m not that far removed.) 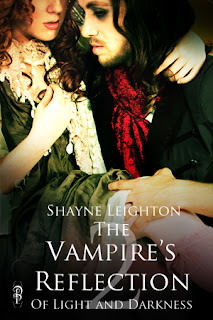 In April, I learned to keep my ears open when I was invited to attend an author’s conference in Palm Beach, Florida. I couldn’t believe who I was surrounded by when I looked to see the authors of Jumanji and Beastly among the mix of people. Clumsily stumbling over my words, I asked them about their processes, attempting to soak up as much information as I could and tried desperately to hide my fledgling qualities that would very easily give away the fact that I am still such a novice. I learned a lot about how to promote a novel to potential readers when I traveled to Atlanta, Georgia to a Vampire Diaries convention. Strangely enough, it took a lot to get those people interested in taking a chance on a new series when they were all they cared about was getting an autographed picture of ‘Damon’ from the television show. Though, I can’t really blame them. A have to admit, there were moments when I felt like a used car salesman, trying to talk people into buying a copy of my book. But it was so gratifying when one of them did, and then came up to me at a later point during the convention to tell me that they’d already read half of the book and loved it! 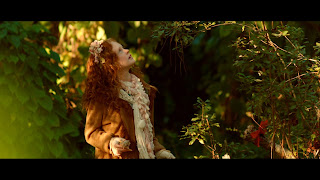 In October, the crew of the Of Light and Darkness film adaptation assembled to film another pass at a teaser trailer in an effort to excite and entice potential film production companies, investors, and other professionals in the industry. We filmed for two days on a shoe-string budget with our vampy cast of characters. With the resources we had to work with, I’d say we did a pretty darn good job, but I’ll let you all be the judge. I will also add, that we are releasing an extended version of the trailer in the coming weeks. 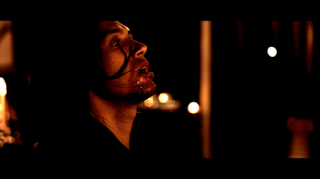 2013 promises to be a year of huge change, and seeing as how we didn’t blow up on the 21st, I sort of expect at least a few exciting shifts in the new year. One of them being my new release through Decadent Publishing’s Bono Books!

I’ve always heard from friends and colleagues in the publishing world that writing your sophomore novel is one of the most difficult things you will ever work on as an author. I didn’t really take that advice very seriously until I began writing the sequel in my Of Light and Darkness series, The Vampire’s Reflection. After wrapping up the first book so nicely, it was definitely a challenge to begin the second installment with a fresh, new take. New characters are introduced within the first couple of chapters and with them comes new obstacles, new romances, and a lot of new action. I’m really excited to release this second book, because I think it definitely brings the series to an even darker, more adult place. I won’t give anything way, but I hope and pray my readers don’t hunt my down with pitchforks and torches.

Blurb:
Months after their brutal victory over Aiden and his hierarchy of Wizards, Charlotte and Valek have returned from Prague to their home in the Bohemian Occult City. However, this time, they are joined by their new band of misfit, magic friends. In the light of day, all seems to be at peace now that the Regime has been toppled and the coven of rogue monsters have finally found their freedom. But Charlotte soon finds, much like her adopted Vampire family, that she has developed a strange addiction of her own. Her new disease is destroying her from the inside out, and Valek finds himself at a loss as he defies all odds to save her life. Danger continues to lurk around every corner and they realize that their happily ever after has not ended so happily after all, in this highly anticipated sequel of the Of Light and Darkness Series.

My current work in progress is the third installment in the Of Light and Darkness series. I have yet to decide on a definitive title yet, but I’m at about 40,000 words so far. This project has proved to be an easier task than the last one being that I ended the second book with quite a cliff-hanger.

So I am continuing to push on in the new year. My goals are to get the film adaptation officially green-lit (financed) and to complete my current work in progress as well as begin work on a new science fiction series I have in mind. Pair those things with another screenplay I’ve been commissioned to write, continuing to record music, and my wily husband and I’ve got myself a busy year!

A busy year indeed! Good luck with all your plans.