I’m having nothing but fun! Okay, most of the time 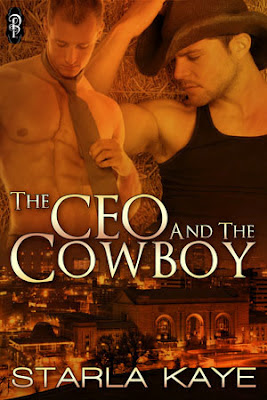 Let’s talk about the “fun” first… I love writing romance and I love writing for Decadent Publishing, and being part of this amazing group of authors. There is so much talent here: authors, editors, and everyone else behind the scenes. Back when I first decided to try submitting here, I wasn’t sure if it was the right thing to do. The house was still fairly new, which meant it could go either way. But I’m a positive thinker and wanted to be part of their eventual success. Boy, did I ever guess (hope) right! I couldn’t be happier with all that has happened for the publisher and its authors.

My “fun” part here has been having two novellas published with the 1 NightStand series: Maggie’sSecret Wish was my first one, followed by Starting Over. They were both such fun to write and Starting Over was my first try at publishing a GLBT story. I really enjoyed writing about two very special men and decided to try another such story.

Sometime this year (I think) my novella The CEO and the Cowboy will be published as a regular Decadent story. I couldn’t figure out how to make their story work for the 1 NightStand series.  In this upcoming book, Calhoun is a man who no longer knows where he fits into things. He can’t seem to figure out what he wants. He’d spent years engaged to a woman who deserved a lot better than him, but he’d finally let her go. Now he’s really adrift in life. He has needs…but he isn’t real sure what they are. In contrast… Emotionally burned by the last man he thought he’d loved, Daniel isn’t anxious to find a new lover. But there is something about the proud, bedroom-eyed cowboy who shows up at his friend’s wedding that draws him. He isn’t even sure if the man’s gay, although the heat firing between them makes him wonder. What he does know is that he plans to find out, maybe even entice him into changing his sexual preference if he can.

Now for the “not so fun” part of my life. I managed to burn up my office PC a couple of days ago. Yes, I’m “gifted” that way.  Now I’m strictly a two laptop lady. Yes, I have a Mac Pro and an ASUS now, too. Long boring story as to why two laptops. Oh, and another “not so fun part”… I managed to screw up putting the password on the new laptop (ASUS). DO NOT ever do that! Trust me, it was a long 5 hours of torture getting that problem fixed.

Back to strictly “fun”… I’m trying to find the time (beyond dealing with computer issues) to write a new story for Decadent. The ideas keep tumbling around in my head, but they need to make it from there to my fingertips, and on to my computer.

Thanks for having me here today. I hope everyone has a wonderful 4th of July tomorrow!

I hope you get the lap top issues fixed quickly. Not fun! All the best on all your upcoming projects!

Every day seems to be a new experience for me with computers. But I survive and don't let it get me down, although I do grrrr a bit.

Starla, I feel your pain.
And I am SO excited to see this book coming out. Hot cowboys...numnumnum.

Starla, sounds like a great story! Can't wait to read. Sorry to hear about your computer problems!

Is it just computers? Are you safe with all other electrical appliances?? I think I could stand to lose anything BUT my computer.