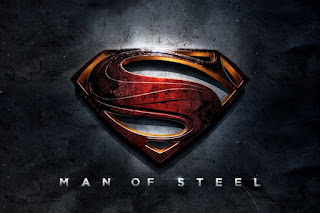 If you’re like me your first memories of the “Man of Steel” were of George Reeves in grainy black and clear reruns on early Saturday mornings.  Of course these were soon overshadow by the iconic Christopher Reeve who proved that he was Superman. 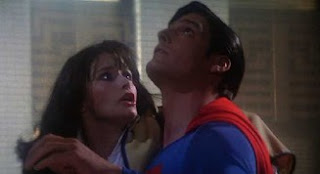 Christopher Reeve’s Clark Kent/Superman was and is in my opinion hard to beat.  Did you know he was nearly booted for the part because the producers and the director thought he was too scrawny for the role.  However after sometime at the gym, his royal buffness, sufficiently convinced them to keep him on.  Good for us because he did it so well he actually made us believe that a man could fly.

Unlike the 2006 “Superman Returns” starring Brandon Routh, this recent incarnation ‘The Man of Steel,’ promises to be the long awaited reboot of the classic DC Comics series.  Starring Henry Cavill, this movie is like its 1978 predecessor where it tells the life of Col-el/Clark Kent/Superman starting with his father Jor-El, portrayed by Russell Crowe to his life in Kansas to his eventual metamorphosis into Superman in Metropolis. 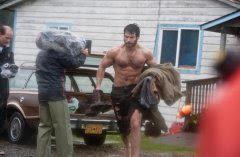 A recent shot on the set shows a heavily muscled and bearded Clark Kent looking very much like Wolverine.  Could this be evidence of an edgier persona of Clark Kent than we are use to seeing?

The director and producers are being very tight lipped regarding details surrounding the story.  And rightly so.  Sometimes it’s better to be surprised.

One thing for sure this star-spangled cast (Laurence Fishburne, Russell Crowe, Kevin Costner, Christopher Meloni, Diane Lane and Amy Adams) has me looking forward to seeing this newest portrayal of the Man of Steel.

Clare Dargin is the author of science fiction including Kybernatia available now from Decadent Publishing and Bono Books.  You can visit her on the web at www.claresblog2thehaven.blogspot.com
at 3:01 AM

OOh that's a long while to wait!!