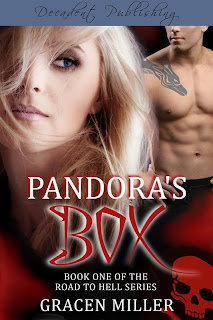 by Gracen Miller
Micah Dominus
What’s a man to do when his wife is destined for greatness, but she refuses to claim her fate? My actions toward her were difficult, but necessary. Judge me when you have all the facts. Better yet, criticize me when you’re faced with the same difficult choices. Few of you could make the same hard choices I did.
Mankind would consider my deeds brutal and abusive, but I’d caution humanity to remember rarely is anything as it seems on the surface. Scratch that veneer and a whole world of possibilities will open before your eyes. A plethora of demons eager to taunt you and feast upon your soul. Indomitable fallen angels to claim you for their hellish kingdom. And not one of your so-called guardian angels will ride in to save the day. Where are they when you need them the most?
I’ll offer you salvation and provide you protection too. That’s a guarantee. Everyone I own or defend will receive an amazing new world at no cost. Eager to obtain my free paradise? All you have to do is accept my offer of your own free will….
Madison Wescott
My life is a lie. My birth, my parents, my marriage and my destiny were all planned for me. Discovering the truth rocked my foundation, culminating in new beliefs and a doggedness to escape my fate. My ‘fate’ has a name and I once loved him. I called him husband then, now I call him foe. My one solace is that he miscalculated my resistance to claim my hellish status. I refuse to accept my providence with nothing more than a whimper of surrender. Underestimating me was his first mistake. I’ll fight to the bloody end to save not only my future, but my son’s. He deserves more than what’s been designed for him. 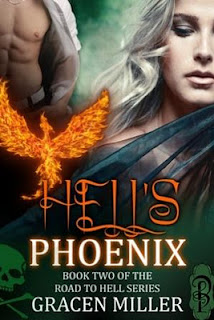 Finding a new family on the Road to Hell came as a surprise. An immortal in the guise of mentor makes me stronger, gives me courage and battles at my side. A badass Sherlock came to my rescue at the darkest moment of my life and has become my rock…until he sold his soul to Hell. But I failed him when I tried to save him from his destiny. In the process, I altered my future, stepped closer to accepting my husband’s fate for me. A little too late I learned, once you open Pandora’s Box, there’s no turning back!
Phoenix “Nix” Birmingham
The majority of my life has been dedicated to killing the monsters most people believe are myth. I masked my loneliness by sleeping with too many women, but then I met Madison Wescott and she changed my perception of the world. Strong and dedicated to her son, she’s smart and sexy. She’s the only woman outside my family I’d sacrifice everything for, including my life. I nicknamed her Mads because in her darkest hour, she found the courage to fight like a mad woman. I’d traverse the road to hell for her. Against all supernatural odds, I’m placing my bets on her success.
Until Mads, I never dreamed about the future, never wanted more than I had been given. Mads changed everything. Left me craving things I shouldn’t want and a life I couldn’t have. She haunts my waking dreams as well as my sleeping ones. My fondest fantasy is claiming her as my own, declaring my love for her, while making love to her. Who knew my fantasy would be acted out in one of the darkest hours of my life? Or that it wouldn’t play out as I had envisioned? The devil plays his victims with mastered skill…
Where you can stalk me (not really!) or learn more about this trio, visit my sites:
Facebook
Roadto Hell series FB Fan Page
Website
Blog  (first 3 chapters of Pandora’s Box and Hell’s Phoenix are listed as clickable links at the top of this page)