On a Paradise Island, What Could Go Wrong...?

Turns out – quite a lot!

I hail from a beautiful island located in the Indian Ocean – Mauritius. Imagine white, sandy beaches; crystal-clear, blue, aqua, & turquoise lagoons; spectacular coral reefs; sun shining for 300+ days a year; temps rarely, if ever, going lower than the eighties on the coasts. Take this up another notch – you have just about every race and religion of the world living side by side as friends, neighbours, colleagues, even family.... 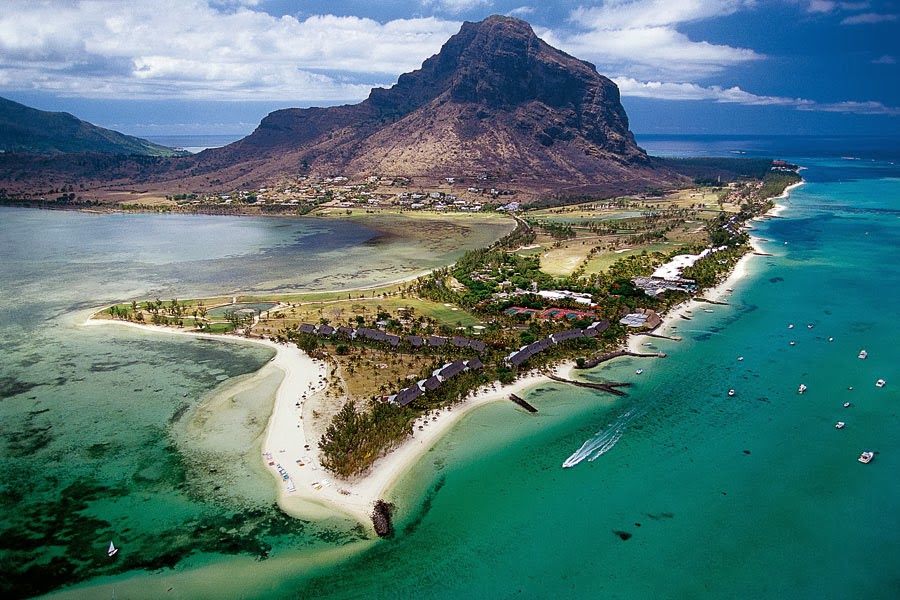 Not so fast.... Because, you know, there is always another side....

It’s not really bleak. Like, it’s not Hell, you know.... But it’s not exactly a piece of cake, either. Why don’t I let some of my Mauritian heroines tell you about this state of affairs?

In Once Upon a Stormy Night, Simmi Moyer is a young, rich, and up-and-coming executive vice-president of legal affairs in a big local conglomerate that went international. She’s made it, right? Not so fast....

“One would think that career success and personal fortune would pave the way for all the good of this world, but you’d be wrong. At least here, in Mauritius, it doesn’t work this way. Because, you see, I’m in my thirties...still childless, and worse, single! And when you know I come from two distinct worlds – my father was white; my mother of Indian origin – you’d suppose I’d be a bridge between our different ‘clans’, right? Wrong. I don’t belong on either side. I’m only at my place in my job, but how long can a woman draw her fulfilment from stepping up the career ladder alone?
Is it any wonder, then, that I asked for help from Madame Eve? Even for one night, I yearn to be a woman, to be my own person, with a man who’d take me for who I am in my heart and soul, and not for everything I represent in this society. Too much to ask? I hope Madame Eve and 1NightStand can deliver....”

Once Upon a Second Chance doesn’t have a Mauritian heroine per se, but British-born Leila Al-Nadir, with her Arab roots, finds herself on this island that looks like Paradise, but is merely the confines of her own version of Purgatory....

“I’ve known Hell, and that was in the household of my first husband...‘husband’ being a loose term, given how my father sold me to that old man to become his broodmare, back in the United Arab Emirates. Abu Dhabi became my prison...until someone freed me...to then drop me in to this Paradise that feels like Purgatory.
What sins have I committed to be first abused by a man for a decade, then freed, to be loved and cherished for one night by my saviour, and for this said saviour to then strike me out of his life as if I were a bug on a windshield? For, you see, Khalid Al-Nadir, that good Samaritan, married me, made me his wife even in his bed, and then drugged me...to leave me, all alone, waking up in an unknown household in Mauritius. A land where I should be free, where I should belong...but where I exist as a shadow of that former self I hardly remember....
His stepmother – yes, there is a story there, but I won’t rehash it now – wants me to move on, and her solution comes through setting me up on a blind date with Madame Eve’s 1NightStand service. Is that Eve woman a miracle worker? Because nothing short of a miracle is going to make me want to embrace life again.... Can she work such a coup?”

Born of Mauritian parents in London, Lara Reddy, the heroine of The Other Side, is the ultimate big-city, Western cosmopolitan girl. While climbing the rungs of the corporate ladder, she falls short from another raised dais – that of her decade-long, arranged marriage to a ‘proper’ boy of Indian origin. Back to Square One, she finds herself in Mauritius....and it really is Hell for her!

“I only got divorced, for God’s sake. Not like I was sentenced to solitary confinement for life after a serial killing rampage or anything! But this is the year 2000 in this backward society that still clings to the mores and traditions of an era long gone by. Divorce = making the divorced woman a pariah; the man still gallivants around like nothing ever happened to tar his image! Don’t the woman ever dare to step out of this reclusive box society has forced her into!
But you know, Hell got its name because everything that can go worse there does get even more awful. Like when you happen to cross paths with your first love – the one that got away – and it turns out he is still a member of the aristocrats-like descendants of the island’s white settlers, and you’re nothing but the great-great-granddaughter of those indentured coolies brought to this island to work the sugar cane fields owned by these very same white folks....
And when you’re already in Hell, what have you got to lose, right? I have so much at stake...so much that kept me from giving everything to my first love all those years earlier when we were teenagers. Is it time, maybe, to step onto the other side...?”

Dilemmas, drama, secrets, disclosure...all paving the way for what these women hope will be their destination of fulfilment and belonging, of becoming their own person all while the support of a good man keeps them steady.

Is that too much to ask? Can Simmi, Leila, and Lara get their wish? Find out when you check their stories!

From Mauritius with love,

Zee is an author who grew up on a fence - on one side there was modernity and the global world, on the other there was culture and traditions. Putting up with the culture for half of her life, one day she decided she'd stand tall on her wall and dip toes every now and then into both sides of her non-conventional upbringing.
From this resolution spanned a world of adaptation and learning to live on said wall. The realization also came that many other young women of the world were on their own fence.
This particular position became her favorite when she decided to pursue her lifelong dream of writing - her heroines all sit 'on a fence', whether cultural or societal, in today's world or in times past, and face dilemmas about life and love.
Hailing from the multicultural island of Mauritius, Zee is a degree holder in Communications Science. She is married, mum to a tween son, & stepmum to a teenage lad.

Find more about Zee – her released books, latest releases, news, and views – at her blog/website http://zeemonodee.blogspot.com/

You can also connect with her at the following places – she’d love to hear from you and friending up!

Email ThisBlogThis!Share to TwitterShare to FacebookShare to Pinterest
Labels: 1 Night Stand, 1NS, Daily Dose of Decadence, Decadent Publishing, Madame Eve, mauritius, once upon a second chance, once upon a stormy night, one night stand, zee monodee

I love how you reveal the culture of Mauritius in your stories. It makes me feel like I'm there. And Mauritius is a place I definitely want to visit. :)

I'm with Jess. I fell in love with Mauritius in Once Upon a Stormy Night. Cannot wait to get my hands on the rest of your books!

Oh yes I always find your slices of life from the island quite interesting. Just because the weather's nice doesn't mean there's not trouble on the back fence! Luckily your heroines are up to the challenge :)