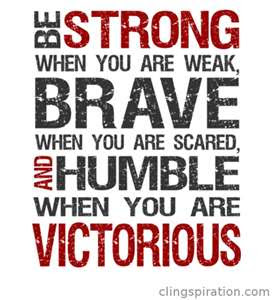 Normally I don’t like to get on soapboxes and preach to anyone about anything. Everyone has opinions, the rights to their thoughts and beliefs. But a couple weeks ago, I had a few author friends contact me to read reviews they’d received and wanted my opinion.
Backing up a bit, I was a reviewer for three online romance review sites for about five years, which led me to working with/for publishers and brought me to writing. I’m not an expert, would never claim to be, but I think there’s a right way and a wrong way for reviewers and authors to handle reviews.

I do no respect a reviewer that doesn’t offer substantiated reasons for a low rating (for those that use cars, tongues, running shoes, umbrellas or popsicles – making sh*t up here so don’t go looking for any review sites that use these symbols for ratings LOL – or at least none I know of). Anyway, reviewers that praise a story in the written text but then give a story a two or three rating, doesn’t jive. If there’s positives tell me some of those, same with the negatives. And do it in a respectful, considerate way.

Authors reactions – unless a reviewer is giving away the biggest spoilers of your book or tearing it to shreds with demeaning wording or cutting you up as an author – take it in stride. Let the sting hurt, but then move on. Reviews are like opinions and everyone has them. Review sites / reviewers shouldn’t be publishing horrendous or demeaning reviews, at least any that are considered professional, and hopefully they’ll look for some of the positives in any story.

And to lambast a reviewer/site publicly doesn’t look good, nor is it professional. Which brings me back to the author pals who wrote me a few weeks ago to look at the reviews…Their first reaction was to scream and holler, have the reviews taken down, but while the reviews weren’t worded well and a couple had spoilers galore in it, it is just something they had to deal with.  I did suggest contacting the review coordinator of the site and request for some of the spoilers to be omitted – which they were which was nice – but for the content of the review itself, something to live with.
Not every reader/reviewer is going to love your work. It’s a shame because every one of my stories rocks!!! LOL Okay, to me they do but I do appreciate the reviewer feedback. As someone who has reviewed before, I always tried to word any negatives about a story so that the author would work on that area in the next book (especially if a series), so I look at reviews I receive in that light now. Yes, there have been times where any negatives are not explained, but I take the reviews as they come.

So read your reviews, if you wish, take it in stride but don’t react if it’s something negative. ALWAYS thank the reviewer/review site and move on. Keep it professional, to the point, and look back on the reviews occasionally and see what feedback you can use. It takes too much energy to bemoan negativity around you. Put some of that energy into your WIP. Works every time! *g* 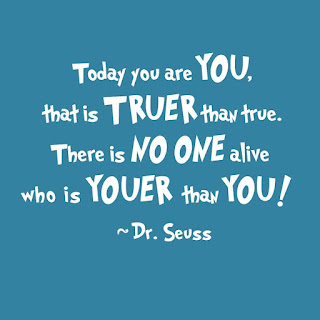 Be true to your characters, stories, and yourself! In doing that, you’ve already succeeded!

"Seek the lofty by reading, hearing and seeing great work at some moment every day." ~ Thornton Wilder

"I don’t know the key to success, but the key to failure is trying to please everybody." ~ Bill Cosby

“Courage is being scared to death but saddling up anyway” ~ John Wayne
QUESTION: What are your thoughts on reviews?

I'm a new author, ans so far I've only recieved one 'not so nice' review and it stung like hell.

A few author friends helped me shake it off and move forward. Everyone has different tastes, what I may think is the 'best story ever' you may hate. What i don't understand is why some need to be so mean and vicious in their reviews. if I don't like a story I don't review, it's that simple.

I try not to review in the genres I write in - though I will sometimes. I NEVER give grades without a comment. I know how annoyed I get when I see a low score and no comment - though I get equally annoyed by some of the comments. LOL
I will thank a reviewer if they contact me but otherwise, I leave it alone. The reviews are for readers, not us.
I'm no longer impressed by stacks of 5 stars on Amazon or Goodreads. I just read a book that had a squillion 5 stars and it was awful. I wasn't the only one who thought so but I suspect there is a fear of going against the flow when faced with hundreds of high graded comments. Emperor's new clothes, perhaps.
Bottom line is - we all like different things.
I thought characters were my strength and yet one reviewer said they were one-dimensional. That really hurt. So now I fret about that throwaway line when no other of the hundreds of reviews I've had have ever said that. You just have to let it all wash over you otherwise it eats your confidence.

I conquer ladies. I tend to just stick to writing without looking for reviews now. It was a bad habit with the first release and such, absorbed too much time.

It's better to just keep writing and not fret.

I also trust in my publisher...if they liked it enough to contract then there's something good and desirable there.

I've gotten a few reviews of my work, all but one were 4 or 5s. But the one kind of stuck in my craw because the only thing they said was it was too short. Which was true--I will not deny it's a 3K short. But the word/page count was there when this person bought it.

That's the main issue I've had, as well as other friends who write short fiction. Getting a low rating because of length.

I'm sure there will be other issues eventually. I can't stay below the radar forever. LOL

perhaps a blinking button that says Short Story might help some of those reviewers/readers to see that it's a short story.
unless the characters are very under-developed, I would never mention a short story.
I understand the frustration tho, Jenna