The Only ‘F’ at Decadent 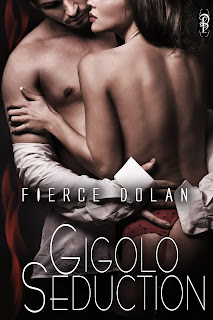 It’s a big responsibility, being the only author listed under ‘F’ on Decadent Publishing’s Author List.  This is an honor I don’t take it lightly, which is ironic given that it’s a chosen name.

I guess it’s no surprise that ‘Fierce’ is a pen name.  It has a rockstar quality that I quite like, although that wasn’t why I chose it.  Well-published in nonfiction, I had a surplus of fiction that needed to find a home.  In 2009 I decided to publish under a different name, one free of biogender and orientation, since I like to write stories in that blurry margin. Finally I could create a persona from the ground up, make it whatever I wanted.

So of course I drew a total blank.

I asked the Multiverse to tell me the name that best spoke the qualities I needed in my life at the time, and it came just like that—surname and all.  Amateur symbologist and etymologist that I am went straight to my resources to decode its secret message.

The earliest appearance of ‘fierce’ in English was around the 13th century, when it meant ‘noble’ or ‘proud.’  By the 16th century it was conscripted by a similar French word and its meaning changed to ‘wild.’  ‘Dolan’ originates from Irish, and translates to ‘dark rebellion.’  So the cosmos said I was: Wild Dark Rebellion.

I could write wild, I figured.  I could buck the system and inspire vigilante revolt.  My artful sleight of scrawl could generate spell-binding tension, soul-sucking plots threateninga plunge into the chaotic void.  But I knew my identity retread was about more than permission to pen uncharted paradigms.

In that very personal memo was the permission to be more myself, and in opening up to learn who that was, to embrace myself as a writer, fully.

No small task, that.

Can I live freely enough to be thoroughly lucid in my craft? Can I allow myself to put forward my own raw nature?Maybe.  I’ll give it my best shot, at least until some other Fs get here.

Better yet, can I be a rockstar?

On Gigolo Seduction…
Long in passion’s service, confident Asif enjoys his life as a thirty-something escort, bringing romance into the lives of metropolitan socialite cougars. Gifted at seducing wealthy white MILFs and bringing them endless pleasure, the arrogant Persian eschews investing in a personal life. A chance meeting with young artist, Cass, while on the job at a gala event, changes his perspective on women forever, and unleashes desires Asif never knew he had.

From Gigolo Seduction…
“Are your works always so intricate?”
She shakes her head, again scanning the tower, though my eyes stay on her. “Frescoes are always detailed and hard work, but this is way above and beyond. Layering in kinetic elements to give moving light and dimensional depth is my dream project come true. Most of my projects are just frescoes.”
“Just frescoes.” I laugh. “They’re noble and valiant relics in the art world.”
“They’re actually in high demand.” Her tone is matter-of-fact. “Though few people can afford them.”
“Well, you’ve outdone yourself here,” I affirm. Her smile is sincere, her pride evident, elegant, enchanting.
“It’s taken quite a long time to come together, and I’ve left the plasterer more than a little frustrated on several occasions.”
“I can’t imagine him staying angry for long….”
“They’ve given me deep creative license over the project, so that’s saved my ass a couple of times. It’s kind of mind-blowing to work on something so limitlessly funded.”
Our eyes lock for mere seconds and the silence is disturbing. “I was just going for a bite to eat. Would you care to join me?”
Cass nods. “I’d like to, but I need to finish this section. This medium doesn’t wait well.”
She’s genuinely interested and I want her to be. I want her to be as affected as I am. Before I can prod further she asks, “Maybe another time?”
Reluctantly, I follow her to the elevator. She opens it with a pass card attached to a cord coiled on the drawstring of her pants. My eyes linger on the brilliant green gem in her navel.
“What’s your name?”
“Asif,” I reply without hesitating. The sound is bare, like a secret revealed, though I don’t understand why. I always use my real name.
“Another time, Asif.”
The doors slide closed, and I agree.

Enjoy Gigolo Seduction along with the Reader’s Guide

Bio
MezzoFiction author, Fierce is imagination shapeshifted as a scribe taunting blank pages and carpal tunnel, neither of which are much use for deadlines. Close allies are impeccable timing and a trusty masseuse. Being a switch I/ENFP doesn't hurt. For kicks Fierce has other personas across several genres, tends to fill in “Other” on surveys without explaining, and chooses the finality of the Japanese Tamagotchi.
In summary: Fierce write all kind of dirty things that you shouldn’t read, ever …
Don't forget to frolic with Fierce on:
Website
Facebook
Twitter
Google Plus
Goodreads
Amazon

It's a great name! You never know, you might start a trend!

Happy Release Day! I love your pen name, too. :)

I still say it's the coolest moniker on the roster.

Fierce is a fantastic name! This story sounds so hot. Can't wait to read it. Congratulations!

You guys are awesome! Thanks for stopping by!!

I love your name...It is unique and people will remember you...