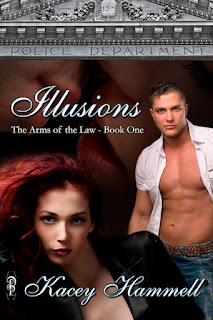 by Kacey Hammell
A lot of interviewers ask me what prompted me to write a hard-ass, tough, female lead Detective like Isabella Knowles in Illusions.  The idea for her character came to me during a dream and called to me. Yes, we authors do have voices in our heads that come to us whenever they choose to do so and we’re helpless not to listen.
But, in thinking of the long line of female detectives that I’ve enjoyed for years, some back into my childhood I thought I’d share the influences that might have contributed a little to Isabella. 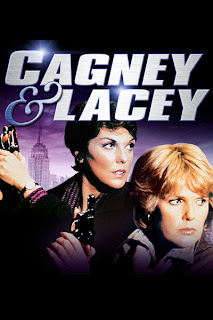 First up, Cagney & Lacey – Tyne Daly & Sharon Glass. TV was a lot of fun back in the 80s. Cagney & Lacey aired from ’81 to ’88. I grew up enamored with this show and the idea to be a police officer or in some other area of law enforcement. Of course, as I got older, guns terrified me and I realized the job wasn’t as fun and exciting as TV made it seem. But Cagney & Lacey were two female detectives, who when I think back during a time when women were just beginning to take larger roles in many occupations that were usually domineered by men—especially for Lacey’s character who was also a mom and working in a dangerous profession full time. I loved that she could balance and pull off both.

Then there was Jessica Fletcher in Murder, She Wrote. Not a detective exactly, but damn her investigative instincts and nature were awesome to watch. On the air from 1984 to 1996, it was one of the best procedural dramas of all time. I loved Jessica’s grit, heart and spunk and it was just entertaining from start to finish.

Then I discovered JD Robb’s “In Death” series. Lt. Eve Dallas, Peabody, Mavis, Mira – all amazing women who give tough heroines a whole new meaning. From Eve’s struggles to her friendships with Mavis, Mira & Peabody, Eve is the epitome of tortured heroines and powerful detectives. Her story, the heart she tries to hid, crazily balancing her marriage with murder – it all draws the reader in and I know I’m compelled to read the books over and over. I’m helpless to inhale every new release within twenty-four hours.
Nowadays, I’m totally addicted to a lot of cop shows, some I record faithfully every week. Two of my absolute faves are … 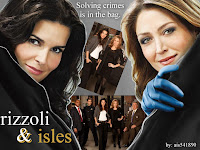 Rizzoli & Isles, based from Tess Gerritsen’s stories, represents two strong women who work together, have become best friends and both have the need for justice. They don’t take anything for granted, balance crazy relationships (Rizzoli with her family!), and the need to connect with someone intellectually (Isles!). Plus, Maura Isles’ shoe collection is worthy of tuning in for too! LOL 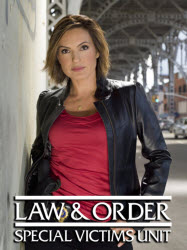 SVU is a difficult show to watch at times. Especially now that Christopher Meloni (Stabler) is no longer on the show. Very sad indeed. The content/stories really hit you in the gut when watching. But it makes me appreciate my family, the lessons it teaches me and reminds me to keep my guard up in protecting my kids and never take anything for granted. Mariska Hargitay (Benson) is an amazing actress, who really makes her character believable. Since watching from the first episode back in 1999 (now in Season 13!!), the character has evolved into a multi-faceted, compelling woman who doesn’t just do her job, but does it with compassion, understanding and heroic.
More about ILLUSIONS:
Romantic Suspense/Erotic Romance
Protection. Adventure. Love.
It's all found within The Arms of the Law...
Detective Isabella Knowles, a tough-as-nails cop, lives by the law, and knows what she wants out of life. And it doesn't include marriage or all that comes with it. Everything Isabella has ever known seems like an illusion when a new relationship makes her feel more alive than ever before.  She isn’t happy about it and fights it every step of the way.
Burned by his fiancé years ago, seer and P.I., Brady Jacobs never wants another commitment in his life.  But his bachelorhood and heart are threatened when he has one of his visions and see a killer striking too close to the woman he has recently come to love.
Danger lurks close to home and neither Brady nor Isabella like that they can’t control every situation…especially matters of the heart.
Available at Decadent Publishing Today!!!!
To celebrate the release of Illusions, I’m giving away an ebook from Decadent Publishing to one lucky winner. For a chance to win, simply leave a comment and your name!
at 3:01 AM

I've never seen the SVU show. They're always on so late in the UK and I'm an early to bed bird. I really will have to learn how to set the record thing! Ah, but then I'd have to find the time to watch them. I do love reading romantic suspense though. I've found myself sliding towards writing it too. Congrats on the release!!

Good Morning Barbara!
I have about 50 hours of shows to watch that I've recorded LOL Finding time is difficult, but I've gotten in the practice of saving some shows to watch the whole season during the summer instead of during the normal time frame that the shows are on. Just easier that way. With 3 kids, crazy schedules, etc., there's not always a lot of time to watch shows weekly. Plus in summer are those nasty re-runs anyway :D

Watched all of those, Kacey, except Cagney & Lacey. Now, I mostly watch Castle, but do catch the other two every once in a while. And I've read most of the In Death series, although I'm a bit behind at the moment. I think there's five now I haven't read. Must catch up.

All the best with your new release!

I've been wanting to watch Castle. Never caught it from season one, which I kick myself for, and now have to catch up.
I just have the most recent in death book to read--wish I had more hours in the day. New York 2 Dallas made me cry! Hope you get the chance to catch up soon.

I Love SUV I dont' watch much tv but I have to watch either that or some Bones! Great blog!

Hi Kacey, Congrats on your release!

One of my favorite women detectives was Kay Howard (Melissa Leo) from Homicide: Life on the Street. She was gritty and awesome.

HI Hales, Bones is one of my fave shows too...I had about 5 more that I could have continued blogging about. Maybe I'll do a Thurs 13 of my all-time fave detective shows on my blog this week! Hmmm :D Bones is a riot. Can't wait for it to return.

Hi Morgan, I love Melissa Leo. She's not in enough tv/movies. H:LOTS was a great show, compelling and intense stuff.

Thnx for stopping by ladies!

I LOVE strong heroines since they're so hard to find. The shows/books you mentioned are intense with female characters you can look up to. Congrats on the new release!