The Love of My Life: I am married to an engineer who patiently tolerates my weird artistic whims while he takes care of all the mundane stuff that I abhor like bills and such. Without him I could not write. He's the solid ground which enables me to dance. After twenty-four years he still makes me laugh like a little girl, and I find contentment in the simple touch of his hand. I suppose that sounds like a romance writer’s pat comment about a spouse – we write about love so we must be in love – but for me it is true. It must be as this is Just the Facts Friday, right? My hubby is, perhaps, not the gorgeous hunk that my heroes are, but I think he’s too handsome for my own good. He still makes my heart flutter when he walks into a room, when he smiles at me, or even when he says something really sexy like, “I need to put new tires on your car before you go to Rochester. I don’t want you to have a problem on the interstate.” Words of love do not fall easily from the lips of my farmer boy, but they shine in everything he does.

My pride and Joy: I have two grown children – I know that is hard to believe since I am way too young. ;-D My son is twenty-one and my daughter is almost twenty. Both are in college and have homes of their own, so the empty nest syndrome is playing havoc with me. Somehow my elderly and overweight Bichon does not provide the same mental stimulation as my quick-witted kids. The house feels too empty without a basement full of laughing teens to feed. I told my husband we need to adopt a toddler or sponsor an exchange student or two, but I got an indulgent smile and a laugh which means, “Not in this lifetime, sweetheart.” I guess I will have to adjust.

My Roots: I was born and raised on a dairy in eastern South Dakota very near the Minnesota border. I am so rural that I shouldn’t by rights even claim to be a small town girl. I still live in South Dakota, but sadly the farm has left the family’s hands, and my country-raised husband and I settled into town life long ago. I guess I have become “citified,” at least as much as that is possible in a state with such a small population, as one of my daughter’s friends was surprised I grew up in the country. The conversation started when she wondered how I knew what milk-replacer smelled like, which is an entirely different story I suppose.

My Hobbies: Besides the obvious and expected such as reading and writing, I love to bake and sew. I don’t like to cook so much, especially now that the kids are gone from home, but I love the challenge of baking something really cool. The one I had the most fun with was making a Coor’s Lite can out of cake for a friend’s fortieth birthday party as she is the Coor’s Lite bandit. (Long story but no she is not a drunk.) The same applies to my sewing. I don’t really do it much unless there is a challenge involved. For example, I made my daughter’s junior and senior prom dresses to suit her expensive taste for a fraction of the cost. (Not including the hours of labor as she wanted something designed especially for her.) I also get a kick out of making costumes for Halloween. 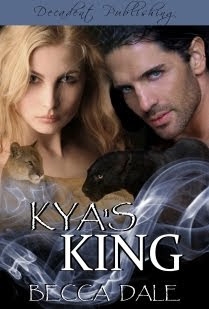 My Writing: I have told stories and written poems since I first learned to write. My mother has stacks of stuff too embarrassing to ever see the light of day. When I was in middle school, I spent many nights telling friends romance stories based on their lives and imagined futures. Unfortunately, I let life get in the way for too long and did not start writing seriously until I was in my thirties. Even then I had no clue what I was doing. It took years of writers’ groups and workshops and many conversations with editors and such to get to the point where I have confidence in my skills. Writing is a natural part of who I am, but being an author takes work. Never doubt that.

I so admire a good seamstress! My Mom has always been the wonder with the sewing machine in the family. Sis does well, too! I? Barely can thread the machine. But I'm trying to figure it out!

Becca is a fibber! Here's the truth: I've met her husband, he's a hottie. She's a great seamstress, not merely someone who sews - I saw those prom dresses, they were amazing. And she may say her kids are grown and gone but she's still very actively involved in their lives, and they love it! Oh yeah, and she's a great writer.

Funny thing about me is that I'm a city girl through and through, yet I yearn for that country life. It sounds so romantic... until my friends talk about mucking out the stalls and tending to the horses and other assorted animals. LOL Maybe I'm thinking about the gentle English countryside, where all people do is languish in the summer sun, lazing in a meadow... Yeah, that might be the kind of country life I'm looking for! ;)

The empty nest syndrone creeps into our lives. I mentioned adoption to my husband, too, after watching one of those sad Christmas shows. He smiled and told my middle son to take out the garbage. He's staying with us for a short time, and I love it.

It's wonderful to here such nice things about husbands, especially after so many years.

Very sweet. I hope some day I get to meet you in person, because--after reading that--I feel like I know you (which is odd).
All the best

Just stopped by to let you know you can bake for me anytime!

Becca has so many talents...baking, sewing, writing, editing... probably all at the same time! I think you probably keep more balance than a lot of us, and admire that the most.

My M-I-L is a great seamstress. Let me tell you, after 'trying' to learn to sew, I'm seeing it is definitely an art.

Thanks all. I don't think I am a true seamstress. More of a costumer as Maureen suggested. My mother's seams were always perfect - never look inside anything I sew but I do have fun. I am planning my costumes for RT. Who's all going?

Also calling Becca on fibbing since I've met her hubby and he's adorable. Also, her cupcakes are super and she can adopt me and my clan whenever she wishes to indulge her mommy side until her kids start on the grandkid path :)

Let's hope the kids wait a bit to start the grandbabies, but I will certainly enjoy watching your adorable girlies grow up, Steph.

I used to do a lot of cooking when I was married before, but it seemed like I lived in the kitchen 24/7 and it cut into my writing time way too much.

Now, I split the cooking duties with my new husband and it's so much nicer.

I agree - sharing the work load helps so much.