Have a Wild Wednesday with... 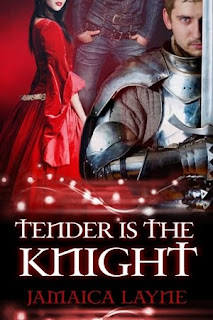 This book began its life over 25 years ago, when I joined the Society for Creative Anachronism (www.sca.org). Or rather, when I was forcibly dragged to my first SCA event, Pennsic War 13, by my father who had just recently joined SCA via his new girlfriend. For those of you who don't know, SCA is a historical reinactment organization that specializes in the Middle Ages. It has chapters worldwide and over 100,000 worldwide participants. It's on a par with other historical reinactment groups that focus not just on daily life but also military/war in history, like those groups that specialize in the American Civil War, for instance. So in addition to getting dressed up in medieval clothes, eating medieval food, and dancing medieval dances (seriously!), one of the SCA's chief attractions is its tournaments and wars, which feature swordplay, jousting, even large-scale battles involving hundreds (sometimes even thousands) of armored fighters.

One of the SCA's other guiding principles is the recreation of the "ideals" of the Middle Ages----including romance, courtesy, and courtly love. After spending most of my life active in SCA in one form or another, I learned a great deal not just about medieval history (which led to my love of history in general, as well as my future career as a historical fiction writer), but about you guessed it, ROMANCE. And a few years ago, when I was just getting my romance writing career in full swing, a thought occurred to me----what if I set a romance novel in the romantic world of the Society for Creative Anachronism?

When I first joined SCA back in the 1980s, the historical reinactment world was very tiny---and also regarded as "weird" by most people, since many participants in both SCA and other historical societies like it were also into offbeat things like Dungeons and Dragons, science fiction novels (indeed, science fiction writers like Marion Zimmer Bradley and Robert Aspirin were among SCA's founding members), sword-and-sorcery comics, computer games, and other realms of geekdom. But as time went on, living history groups began to enter the mainstream. Renaissance faires began springing up all over the country and became quite popular with the masses. Dungeons and Dragons and computer gaming, once the denizen of nerdy geeks with no social lives, was replaced by massive-multiplayer online roleplaying games like World of Warcraft, which is played by everyone from teenagers to Hollywood celebrities. Movies set in and around the Middle Ages, like Ridley Scott's KINGDOM OF HEAVEN and ROBIN HOOD to fantasy films like the Lord of the Rings trilogy, made the romance of the Middle Ages front-and-center in popular culture. Would a book set in a fictional version of the SCA---with all its oddball characters, historical foibles, modern-day knights in shining armor, and medieval romance---be a big seller?

My agent thought so. But when she shopped it to the major NYC publishing houses, they all turned it down. While they liked the book, they didn't think it would find an audience. So, enter Decadent Publishing. Decadent saw the huge potential market for TENDER IS THE KNIGHT among both the living-history/recreation set and mainstream history buffs, and agreed to publish it---first as an ebook, then in print. Since I'm already a veteran of the ebook romance marketplace, I jumped at the chance. And I've been very impressed with the professionalism of all of Decadent's staff, including its editors, who have provided some of the most thorough editorial support and feedback I've ever received in my career.

TENDER IS THE KNIGHT features a modern-day heroine, Lisa Smith, who is bored with her dull workaday life as a factory forewoman in Dayton, Ohio. When her best friend Pegeen introduces her to her new hobby (the SCA) Lisa is skeptical at first. But soon Lisa meets Sir Philip Reginald of Whitestar, a sexy SCA Knight and the local favorite to become the local SCA "kingdom's" next King. Lisa soon gets caught up in the swashbuckling romance of it all----but soon finds herself in way over her head. Will she reach her fairy-tale ending? Buy the book when it releases October 29 at www.decadentpublishing.com and find out!
at 12:01 AM

Wonderful! We had a guest on the blog I'm a member of, the Romance Writers Revenge a few weeks ago who asked us what settings we'd like to see used in romance. And I said, the SCA... I also said pirate festival, renaissance faire and scifi/fantasy convention! But it's great to see one happening.

I may have to snatch you to visit the Revenge!

I love the story and your telling of it. I think readers will love it as well, and can't wait for the release! The clothes alone are amazing. When do we get to wear anything but sweats, jeans and work clothes? I want velvet! With jewels!

Your story sounds amazing. I think it was a great idea to use the SCA. I've heard of this organization, but never realized how huge it was. I can't wait to read Tender Is The Knight.

Sounds great! I can't wait to read this one - I was a member of SCA for a while. I really enjoyed the history and pagentry of it all. Thanks so much for an interesting blog post!