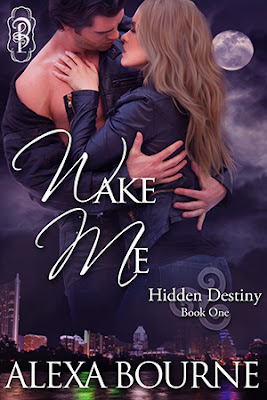 Happy June 8th! Today is a special day because one of my friends is having a birthday. He is a fairly new friend, a fellow teacher I’ve only known this school year, but we’re close enough for me to call him my BMF (best male friend). He’s seen me at my worst and shared successes with me, too. We’ve talked for hours with co-workers and alone about tons of good and bad things. He’s been a great influence for me (and sometimes a not-so-great influence). Today, a few of us will be out celebrating and raising a glass to him.


In many ways, the friendship between my BMF & me is much like the friendship between Sarah, the heroine in Wake Me, and her best friend Travis. Sarah and Travis have only known each other a few months, but they have become as close as family.       He has become like her older brother (although I’m the older one in my friendship with my BMF). They trust each other and will defend each other if needed. He’ll listen to her when she needs to cry. She’ll brainstorm with him when he needs another perspective. And he has no problem telling her when she’s being an ass.

Here’s a peek at Travis & Sarah. She’s come to his office, through a thunderstorm, because she doesn’t know where else to go:

Footsteps echoed off the hallway walls. Sarah turned. Travis entered his office with a towel, some sweatpants, and a T-shirt. “Go change then come talk to me.” When she returned a few minutes later, he handed her a cup of coffee. “Now what’s going on?”
“I’m…” in trouble. The other two words got stuck in her throat.
“Hey.” He grabbed a tissue from the box on his desk, crumpled it into a ball, then pinged her in the head with it. “Talk to me.”
“I’ve got a detective asking me questions about a murder because I hung out in the crowd by the water fountain on campus.” Damn. Sharing her secrets with Travis proved harder than she’d thought. Would he consider her “trouble”? Sever their friendship? Would he turn her over to Cordell? She shook her head. “Never mind,” she said, backing away. “I’m sorry.” Before she changed her mind, she rushed to the door.
“Whoa.” Travis moved quicker. He reached the doorway before her, blocking her exit. “You’re not leaving here without telling me what’s going on.”
How long had it been since anyone showed such concern for her? He offered comfort. She gave him suspicion. He offered an ear. She could share secrets. “I can tell you some of this, but some of it I can’t. I’m not ready to. Will you be okay with my decisions?”
“Absolutely.”

Okay, I’m going back to celebrating my friend. (Happy Birthday, MSH! Where’s our next drink?) In the meantime, readers, why don’t you tell us about one of your friends? I’ll give away one Starbucks card to one person who comments between now and midnight Wednesday.