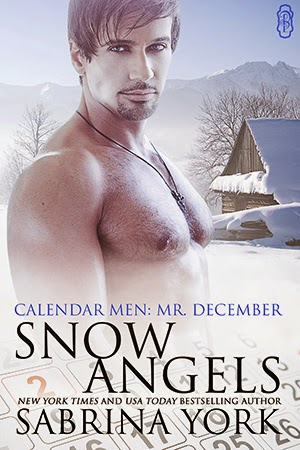 Hello my darlings!
I cannot tell you how excited I am that Snow Angels is finally almost here! I hope after you read the blurb and excerpt below, you’ll be intrigued and preorder your copy.
Thanks to the Blog Maven for this opportunity to share some of the behind-the-scenes secrets about the story. I have been dying to spill! So here you go…

THE BACON: If you’ve read anything I’ve written, you know the probability of bacon is high. In this story, I took it to a new level. INSIDE SECRET: Much bacon was consumed during the writing of this story. Okay. Not really a secret to those who know me.
THE DOG. I love, love, love dogs. (So much so that I recently donated Heartbreak on a Stick to the Hometown Heroes: Hotter Ever After Collection, which benefits Pets for Vets.)  INSIDE SECRET: Bo is a wounded war veteran and a dog. He is awesome. He was inspired by a picture I saw on Pintrest of a soldier and his wounded K-9.
THE CAT. I also love cats because they don’t take any crap off anybody. And since Wade and Lyssa are trapped together in a snowbound cabin, I thought it would be fun to throw a dog…and a cat in the mix. FAVORITE LINE IN THE BOOK:  Biby rounded the couch and parcoured off the coffee table up into the mantel. Bo, hard on the cat’s tail, but lacking those razor-sharp feline reflexes, skidded in the turn on the hardwood floor and plowed into Wade, knocking him over.  TRUTH: Cats do parcour. INSIDE SECRET: Biby is named after one of my street team members, whose icon is a white cat.
THE BEAR. Yes. There is a bear in the story. A bear who likes bacon, coincidentally. INSIDE SECRET: The inclusion of this ursine bacon-thief came from a (rather horrifying) visit we got last spring when I was working on this book. The first hint that all was not well in my little welkin was when I went out to feed the birds and discovered the birdfeeder pole (about an inch thick) was snapped in half. Snapped in half. And my (very expensive) bird feeder was missing. Oh, and an ominous footprint in the mud.
The next hint was when I heard my husband screaming. Now, my husband is an engineer—not terribly emotional except when the Seahawks are losing. Hearing his scream chilled my blood.
I ran outside and gaped. Yes. There was my darling dog, racing across the yard…toward a 500-pound bear. I nearly lost all control of bodily functions. Fortunately the bear was groggy, or she thought my black lab was some kind of baby bear mutant. They sniffed each others’ butts and that was that. I shudder to think what could have happened.
Anyway, hence the bear.

THE CHARACTERS: Sometimes I name characters (such as Biby, above) after people I know. In this case, Lyssa is named for my beloved Barista who kept me in caffeine for the writing of this, and Wade is the name of the boy she had a crush on. So technically, she named him. INSIDE SCOOP: Wade’s sister, who heinously double-booked the cabin in an attempt to match-make, is named for Valerie Mann at Decadent Publishing. (She doesn’t even know this!) The book is dedicated to my coffee goddess and to Kate Richards, who asked me to write it.
THE SPEAKING TO THE DEAD THING: Central to the story, and to Wade’s redemption, is the fact that Lyssa is plagued by visits from dead people. Most of them just criticize her dietary choices, but occasionally they whisper warnings or truths that need to be heard. If you follow my Tryst Island series, you know that Kaitlin in Parker’s Passion has a similar gift-slash-curse. Kaitlin insists she is not psychic, and she’s not. She’s “sensitive” (think Counselor Troi on the Starship Enterprise).  Why do I write about “sensitive” people? INSIDE SECRET: Because I am one. Reading people’s energy is as natural to me as eating bacon—though much less fattening and far more frustrating and noisy (which is why I spend most of my time alone. In a room. With a computer.) Tragically, the universe has not seen fit to disclose the winning lottery numbers (yet), and the things I know are mostly pointless, but my sensitivity does make me a much better writer, because it is easy to put myself into other peoples’ heads and shift or alter my consciousness. But that could be a reflection of my dyslexia too.  Or an overload of bacon…
Well, there you go. Just a few secrets from my steamy new release, SNOW ANGELS from Decadent Publishing. I hope you will grab a copy today and be sure to tell your friends! Read on for a blurb and an excerpt and oh, by the way, a chance to win the #SnowAngelsTiara.

SNOW ANGELS by Sabrina York
The last thing Wade Masters wants on his month-long getaway to his sister’s wilderness cabin is company.  A wounded warrior, Wade is looking for complete isolation to deal with the tragedy of his life and his screaming guilt.
But company he gets, in the form of Lyssa Salk, a spunky, diminutive massage therapist. Who says she can talk to dead people.
Trapped together in the snowbound cabin, Wade and Lyssa have little else to do but help each other heal, spiritually, physically and sexually.

READ AN EXCERPT:
He probably stayed in the shower too long; the water was turning tepid. But Wade didn’t care. He stepped out and dried off, ruffling his hair with the fluffy towel. He tried to ignore the pink hearts. But it was either pink hearts or Hello Kitty.
He resolved, if he ever visited this cabin again, he would bring his own towels. Something manly.
Camo maybe.
A sharp series of barks brought his head up with a snap.
Bo.
Bo rarely barked, and then only at a threat.
Wade snapped into gear, wrapping the towel around his waist and stopping in the bedroom to grab his pistol. He’d seen bear tracks and scat on his run and though it was the middle of winter, he knew they could come out of hibernation. They’d been known to break into cabins if they smelled food.
His heart leapt into his throat at the thought of Bo facing a hungry five-hundred pound beast with no protection.
Towel flapping, he pounded down the short hall into the great room of the cabin, expecting the worst. He stopped in his tracks.
Yeah.
It was the worst.
Not a bear.
But an even greater predator.
There, pressed up against the door, cornered by his snarling protector, be-speckled with snow and clutching a mangy backpack, was a woman.
He could tell she was a woman, even though she wore about six coats, one on top of the other, and a knit hat pulled down over her ears. Long black hair escaped from the cap, trailing over her shoulders. But it was the eyes that gave her away, wide and round and fringed with thick lashes. And her chin. It was delicate, dimpled, quivering. Her lips were parted. Her exquisite face pale.
Bo glanced back at him as if crowing, look what I caught! And then edged forward with an ominous growl.
The girl clutched her backpack closer and issued a panicked little peep. She tried to press back into the door, making herself as tiny as she could, but there was no give.
Besides, she was tiny enough.
Like a woodland sprite.
He would have thought her a fairy come in from the woods if he’d had a hint of whimsy in him. And if she hadn’t been wearing everything she owned. He didn’t know much about fairies, but he was pretty sure they had some fashion sense.
Bo’s growl became a snarl, a snap, and the girl warbled a wail. “Please!” she cried. “Call him off!”
Wade snapped his fingers, fully expecting Bo to heel. He’d been methodically trained by a world-renown expert. He always behaved.
He did not.
His hackles rose and he took another menacing step toward the girl. A tear tracked down her cheek. Her entire body shook. “P-please!”
“Bo! Fuß!” The command to heel in the language he’d learned as a puppy, penetrated and Bo licked his muzzle, gave a canine whine and padded to Wade’s side. “Braver Hund.” Wade riffled the scruff of Bo’s beck and gave him a scratch. “Good dog.”
The girl collapsed against the door, but her attention did not waver from Bo, whose hackles were still up. Wade didn’t understand his dog’s reaction. He’d always been friendly to strangers before, more likely to whap them to death with his tail than to so much as growl. But then his gaze fell on the small cage at the girl’s feet and he froze. He could see a hint of the creature inside and he suddenly understood.
Hell.
She had a cat.
Perfect.
Not only was his solitude shattered by an unwanted female guest, a bedraggled homeless ragamuffin, she’d brought a cat.
Damn.
He hated cats.


I admit it, I am a bling addict. As a result, I occasionally need to empty out my tiara closet so I can buy more. Enter to win one of your own and a signed copy of one of my print books here:
a Rafflecopter giveaway 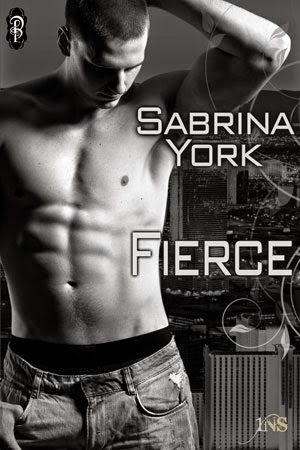 Fierce (A One Night Stand Story)
The last thing Katie expects—when she meets her friend Joy for a girls’ weekend in Vegas to celebrate her divorce—is an ambush. But Joy, determined to get Katie “back on the horse,” has submitted her profile with Madame Eve—who’s found her the perfect man.
Katie doesn’t want another man. She certainly doesn’t want or need confirmation that it’s her fault Mark could never satisfy her.

When Sebastian—scarred by the infidelity of his wife—overhears Katie’s confession, and the fact that she was faithful to her husband for ten years even though he never met her needs, he’s intrigued. More than intrigued. He’s determined to prove to this gorgeous, tempting, fascinating woman that she is not frigid. In fact, she is fierce.
at 3:00 AM

Thank you so much for sharing!

Hey readers, I hope you all enter to win the SNOW ANGELS tiara!!!!

Great post, Sabrina--can't wait to read this story! Sounds like a good one, and loved the behind-the-scenes stuff you shared!

I can't wait for this release.

500 pounds? Ah, that is just a little bear. Really! ;-) This sounds so much fun! I can't wait. Loved the background info on the story. Makes it even more fun! Is it December yet? I think this will be my favorite Calendar book! After all, it is written by Sabrina York and I have met a Sabrina York book yet that I haven't loved!

:) Thank you all for stopping by and commenting. Ye Gods I know what you mean. December seems sooooo far away!!!!

But it will be here soon enough!

love the cover of both books and i look forward to reading them. :)
thank you for the chance at such a great contest.

I can't wait for this December is almost here!