Team Loki. Are You Qualified? 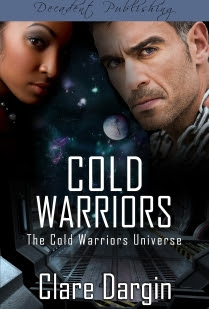 I like my heroes not so perfect.  I guess you can call them Anti-Heroes.  They are often misunderstood by the people around them though they fight believe and fight for the same things- they just go about it in a different manner.

The quintessential Anti-Hero is Loki Laufeyson.  And with Thor 2 set to be released in the fall and The Avengers 2 in 2015, I have some time on my hands before I receive my next Loki fix.

Tall, pale and svelt, he is not the sun kissed beauty of his more well known brother, his raven black hair and smoldering eyes (hot enough to melt a Bifrost maiden's cold heart) still makes him a gorgeous hunk of Asgardian flesh.

Loki, as misunderstood as you are, I know you are not to be mocked nor underestimated in any way.

1.(Ein) - My heart flutters at the way you torture your brother, Thor, crown prince of Asgard.  A foolish and impetuous man, his love for the humans is overshadowed only by his ardor for Jane Foster. <Hurl!>

2.(Tveir) - Then there is the Great Father, Odin the ruler of the Nine Realms and Asgard.  You loved and trusted him before discovering that you were merely a pawn in his dealings with  your adopted family's age old enemy the Frost Giants of Jotunheim.  He stole you, changed your body to match that of the rest of Asgard but 'forgot' to tell you that you were adopted and had no chance at inheriting the throne.

Nor did it help matters when you realized that the old man was too was blind, not just in the one eye mind you, but in the heart and mind to the arrogance of his golden haired (yet gorgeous..ahem...son) Thor.  Did he not see that it was you who, in the beginning at least, was truly obedient to his will.  If he could see would open his heart and allow your actions to bear witness to your desire for his love and approval.

3. (þrír) - Then there is your intelligence and wit.  Not only do you make wearing horns on a helmet look cool, you make me wish that I paid more attention to my teachers during their endless lectures about Shakespeare in English Literature.

Your tearful lament to your father over his deception was filled with a raw torment that would make the Bard himself weep.

On a related note, when asked about the nature of Loki's feelings regarding the betrayal he felt when his character finds out his true heritage and the perceived favoritism that has gone on between he and his brother their entire lives, Tom Hiddleston said, “if you're uncertain in your affection and in their affection for you, you can so easily be turned and possessed by the green-eyed monster of jealousy, which eats you up and ultimately destroys the love that was there in the first place.”  And when asked about the Shakespearean tone to most of Loki's speech, “...it's got some of the most heart-attack poetry that's ever been written in the English language.”

So like many fans before me, I am firmly in Loki's corner.  Hmm.... I wonder how a gal such as myself could help out a lonely Norse god such as he.

When a fan asked during a recent online chat if she was qualified to be in Loki's army and if so where could she join?  Tom responded, “Last question first: I have no idea. And without revealing too much, there's a specific skill set you need to be in Loki's army - let me know if you have the qualifications.”

I could almost see the mischievous gleam in his eye. I know I got them. Team Loki, All the Way!

Clare Dargin is a romance writer and thanks Empire Mag online for their very cool online chat with Tom Hiddleston that they so graciously transcribed for all of Loki's faithful minions.

Her latest novel Cold Warriors (no not a connection to Loki and the Bifrost, though it is a delectable notion) is available now from Decadent Publishing.

Blurb:
Left in cryogenic stasis for nearly a century, Caitlin Driskoll is awakened and drafted into a war she knows nothing about. Expected to defend a world where her kind is despised and expendable, she discovers love and respect from the one man who can’t be associated with her.

Lieutenant Colonel Medoro Keegan has spent a lifetime in the Marines. With no family to speak of, the Corps and his ship, the USS Blanchard, are all the loved ones he needs…until Caitlin sparks a fire within, that threatens to consume him if he doesn’t walk away.

Will he choose a life of certainty in the only world he knows or give it all to Caitlin and run the risk of losing someone, yet again?

The sequel Ice and Peace will be out soon.

If you'd like to chat in general or lust over Loki you can find her on
Facebook at www.facebook.com/clare.dargin  or
Visit her at her blog at www.claresblog2thehaven.blogspot.com

Also if you'd like a really cool character sketch of Loki, check out this article....http://amyfowler.weebly.com/1/post/2012/06/thor-avengers-and-thor-2-spoilers.html