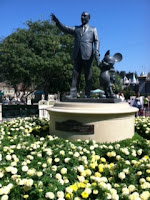 So, summer is just around the corner and I hope you have something fun planned. I’ll be hanging out at la casa until I head to a couple writing conferences. In July I’ll be attending the Romance Writers of America conference in Atlanta, Georgia (can you say hot!). Then at the end of August I’ll be in New York City for a BDSM writers gathering. I’m really looking forward to that one because in addition to the exciting workshops led by Dr. Charley Ferrer, I’ll be able to do some serious sightseeing and shopping.
Are any of you traveling to an exciting locale? Sometimes I wish I was brave enough to frequent a clothing-optional resort like the one I wrote about in my novella, Bared Essentials. And one day I might, after I lose sixty pounds, get a face lift, and oh nevermind! But it is fun to imagine going, right?

Wherever you go this summer, stay safe and have fun.

Attorney Carin Cross, better known as CC, has just emerged from the marriage from hell. After the divorce, her best friend tricks her into visiting a clothing-optional resort, aptly named Bared Essentials. CC is not happy and lets everyone around her know her feelings. She makes up her mind to stay behind closed doors until it’s time to go home, that is until she runs into the man she’s fantasized about, Stephon Hill.
Stephon is a hard-working attorney who treasures his secret forays to the island. The last person he expected to see at the resort is CC, the woman of his dreams. Acting upon mutual attraction, the pair begins a torrid affair on the island. Almost as soon as it starts though, CC has doubts about them. Why would a gorgeous man like him want her?
Stephon must act quickly to convince CC she’s more than an island fling to him. But can he overcome her seriously flawed self-esteem and show her they’re made for each other?
at 3:00 AM