Between a Rock and a Blank Page 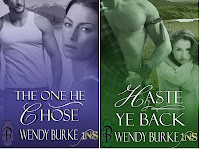 I’ve been stuck, stuck between knowing what the story is and fighting to get it on a page.


The One He Chose and Haste Ye Back practically wrote themselves—two stories which came easily to me.

The frame of my next story in the 1NightStand series is complete, the rooms are well established and the plumbing is roughed in. But, I’m having a heck of a time tacking up the drywall and picking out paint colors. That’s where my BWFF (best writing friend forever) comes in. In my case, it’s Decadent Publishing’s own, Deanna Wadsworth. 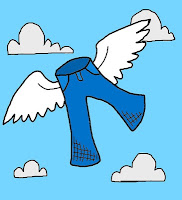 Recently she pulled up to my ramshackle story and tossed her toolbox on its wobbly porch. She extracted from that beat up toolbox, a quote: ‘Your intuition knows what to write, so get out of the way.’ Brilliant words from Ray Bradbury.
Once I read that, something shook loose in my head and now I know where I’m going. Before, I was trying to force my character into something that she a) didn’t want to do and b) wasn’t really her character.
Some of my writing friends would say ‘You wouldn’t have that problem if you had an outline.’
An outline? OUTRAGEOUS!
I’m a pantster through and through. An outline to me is like walking the fence line of a perfectly square pasture. Writing by the seat of my pants, though, is like having walking stick in hand, my hiking boots firmly laced, wandering the path of gorgeous woods. A fork in the road—I’ll let the characters decide which way to go!
Maybe that philosophy has gotten me behind on occasion—maybe it sometimes leaves me frustrated to the point of tossing my hands in the air and yelling at the ceiling, ‘Why the HELL am I even doing this! I suck!’
Then Deanna tosses a rope around my neck and drags me in from the proverbial ledge. She’s very insistent that way!

But, I don’t think I could write any other way! 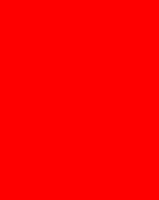 So, now my contribution of the sixth of the six (well, okay, possibly seven!) 1NS stories with overlapping characters that Deanna and I are penning together is less ADD (oh look, a squirrel!) And regardless of the absence of an outline, has a bit more focus—to the point of changing the character’s premise for her 1NS and the title of the story. (Sorry, neither of which I’m going to divulge here!) And in my mind’s eye, I can even see the cover—well, sort of—and it looks for starters a bit like this. Hey, c’mon—it’s a start!
And for that forgotten premise, not to worry, it will be used another time. The title, well, I’ll save it—toss it in my writing ‘garage’ so to speak, and haul it down from the rafters when I need it. Hopefully, that’ll be very soon!
If you’re wondering what Deanna and I have been doing together in the writing realm, well look below. Six, 1NS stories which—although each stands alone in its own right—have characters which appear in more than one installment!  Read the separately, or for full effect, in the order as shown below.
Wendy Burke is a displaced Cheesehead, proud to have been born and bred in Wisconsin. She was a migrant worker for years in radio, until she landed in Ohio and refused to leave. When not playing with the people in her head, she’s a television newsroom assignment manager. She shares her perpetually dusty house with her adorable chef husband and two spoiled feline children. You can holler at her at-- wendyburke1994@bex.net.
at 3:01 AM

Your process sounds perfect for you. Love your
extended metaphor. Outliners hit walls, too! Whoever said writing was ez??