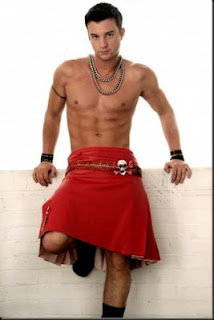 Scotland is my absolute favorite place in the entire world. I live in the US, but if I could move to Edinburgh or to some remote village in the Highlands tomorrow I would. I’ve been fortunate enough to travel throughout Scotland, and I’m a huge fan of Scottish historical novels with sexy men wearing kilts, carrying claymores and protecting what is theirs.
When I first started writing with the intention of getting published, so many people told me to write what I love. I’ve always been a fan of the bad guy getting what’s coming to him, but that wasn’t enough in my first manuscript. So, I thought about writing a Scottish historical… for about five seconds. (WAY too much research for me!) 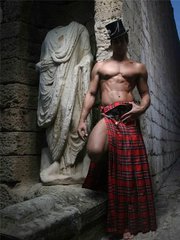 But then I started thinking, “What about suspense stories with Scotsmen in modern times?” Certainly they were just as sexy, just as intriguing, weren’t they? I began searching and found a few authors who wrote current day stories set in Scotland, but only a few, and I definitely couldn’t find romantic suspense stories. So, I decided to write one of my own. I figured if I wanted to read about current day Scotsmen saving the lasses maybe other readers would too.
Here’s a little excerpt from Her Highland Champion, my Honor Guard romantic suspense set in the Highlands of Scotland. I hope you like it!

She turned to the bedside. A man stood there dressed in dark green sweats, with both hands clenched around the silver bedside bar. He was handsome, with light eyes, dark hair cropped close to his head, and a firm jaw. It was his hands, though. They drew her attention. Clean skin, defined knuckles, large fingers. Hands rough from a hard day’s physical labor, and yet, she imagined, gentle enough to caress the afternoon’s sufferings away.
“It’s good to see you awake.” He smiled. “You gave us all quite a fright.”
Okay, the Scottish accent drew her attention, too. At once, it both melted away some of her fears and sparked a whirlwind of questions.
“Where am I?” Her throat scratched like sandpaper.
“St. Catherine’s Hospital.”
She swallowed hard. “Where is that?”
“Fort William.” He reached for something on the table by her bed and brought back a plastic cup with a straw. “Here.”
“Thank you.” The warm water coated her sore vocal cords. She handed the cup back to him.
Wait a minute. Fort William? The only Fort William she knew was in Scotland. “I don’t understand. How did I get here?” Ignoring the aches in her body, she pressed both palms to the sheets on each side of her and pushed herself up. The blanket fell away from her chest and a new chill surrounded her. “What’s going on?”
Her arms shook, and she collapsed back to the bed.
“Relax.” The man set his palm on her shoulder, as if to keep her flat against the mattress. The heat of his fingers seeped through her hospital gown and into her skin. “I found you unconscious on the beach in Glenhalish. I called for an ambulance, and they brought you here.”
“I was in Glenhalish?”
“Aye, on a three day tour of the Highlands. Do you not remember being there?”
“No.” She squinted and studied him. No memories surfaced. “Do I know you?”
He shook his head. “Only from the beach. I’m Malcolm Fraser.”
She opened her mouth and then closed it again. Her gaze drifted to her lap as tears burned in the corners of her eyes. Panic swelled in her chest and into her throat.
“What is it, lass?” he asked with such tenderness.
“Can you tell me my name?”
at 3:01 AM

It's a beautiful part of the UK, that's for sure!! Not just the men but the scenery. Though, I was once on a train and listening to two guys talk and thought they were from Eastern Europe - turned out they were from Glasgow. That is a REALLY hard accent to follow.

Alexa...I'm right with you when it comes to moving to Edinburgh! My 'Scottish family' (pen pal of 30+ years and her brood) have a room ready any time I can make it! Beautiful place, wonderful people, and the accent takes me to places I can't begin to discuss in a public forum!

Barbara, OMG Glasgow accents are truly difficult! We had a friend of a family friend at a party once and she slowed her speech for us. And we STILL couldn't understand her very well!

Wendy, what's keeping you from going at least for a visit? I'd be on the next plane!