C'mon, you know what you know what the PASS is! Don't deny it. Although probably not discussed aloud between a married couple, YOU and your significant other have a list--a list of folks with whom your mate would 'give you a pass.'
The PASS came up on conversation at my workplace the other day, and the gals insisted there had to be at least a Top Five.
So, here's my Top Five PASS list--yes, approved by the man I've been married to for almost 20 years. (Believe that if you will...)

PASS #1: If you've read my posts, you know I have a thing for Russell Crowe. (A terrible, horrendous, incurable thing...) As a matter of fact, this very photo was the 'model' for the hero in my latest 1NightStand story, Haste Ye Back. And, yes, if Russell Ira showed up on my doorstep, the huz would willingly (don't know if that's a good thing) give me 'a pass' for him.

PASS #2 : Another good-looker whose movies I rarely miss. And, twice I've gotten a 'two-fer' with Russell and Denzel Washington in Virtuosity and American Gangster.
PASS #3: Toss up between country-star Trace Adkins and former major league first baseman Sean Casey--both who made 'model' appearances in recent Decadent Publishing works.
PASS #4: Author Brad Thor. But because I respect the man so much,  my 'pass' would probably be limited to picking his brain about thrill writing and character development and maybe a bit of harassment about not allowing his Scot Harvath character to settle down and finally 'get some.' (Of course, then my dear huz would butt in and want to talk terrorism and politics.) Still, in my opinion a worthwhile PASS!
PASS #5: Is a staple on my list and has been for quite some time. Yes, another baseball player. Former San Diego Padre, Detroit Tiger and Houston Astro Brad Ausmus. I took this photo in April 2005, best piece of photography work I've done--ever.

HONORABLE MENTIONS: Chefs Robert Irvine and Gordon Ramsay--okay, so I have a thing for Brits who can cook! Although, this time around I would lose them to my chef husband for a dice-off! (At this point, insert bad pun, a quote from my mother- Wendy, you have all your taste in your mouth!)

So, my dear Decadent friends--agree, disagree, come up with your own, but this is my PASS list! Happy contemplating! 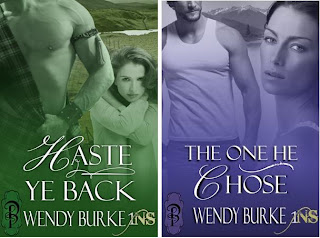 Wendy currently has two works on the Decadent Publishing shelves, is in the final stages of a a third (Haste Ye Back) and is in the process of writing 274 more stories which she hopes DP will be interested in! Find her on Facebook, Twitter and lurking about the internet. You could send her a nasty email-wendyburke1994@bex.net. When not playing with the people in her head, she has a full-time job in television news and a silly life with her way-too-cute chef husband and two furry feline kids in the Great Lakes region of the Midwest.
at 3:01 AM

The hubs and I don't have a 'pass' per say, but we do know certain stars who we 'admire'. LOL One of mine is on your list. :) Denzel Washington. Some of my others include: Nathan Fillion, Ryan Reynolds, Chris Pine, Shemar Moore...