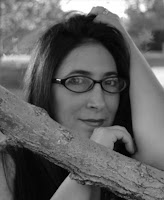 What makes you happy?
What a loaded question. I shall try to be succinct, but my answer runs from the simple to the complex. Watching my kids laughing with each other makes my heart soar. Waking up to the sun shining makes me smile. Knowing that my husband and I can provide for our family gives me peace of mind. Working my passion, writing, truly makes me happy. 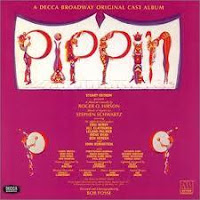 When's the last time you played that musical instrument?
The last time I played my piano was last year, when I actually had the house to myself for a few hours during a school break. I played all of my favorite songwriters’ songs, like Carole King and James Taylor, and show tunes, like Pippin. Played well, sung very poorly!
What books have most influenced your life?
When I read Stephen Covey’s 7 Habits of Highly Effective People, its principals changed my life. Making these habits a part of my daily life is what keeps me sane. They keep me grounded and help me deal with difficult situations as well as the mundane. It reminds me of what is important in life and how to make my life the best it can be for me and my family.
If you could be an animal, what would it be?

I think I would like to be a cat. A cheetah, to be exact. The beauty and grace of a cheetah is breath-taking, and its speed is quite impressive. Being an asthmatic, I can only dream of running like others do. If I were a cheetah, I would run, and run, and run. And I wouldn’t be wheezing and coughing anymore.
Tell us about your favorite character from your books.
Can I actually call one of the villains, Agremon, a favorite? I think so. He’s so evil and… well… sarcastic as hell. I like sarcasm. Especially when it’s dished out by him. Once a Brethren himself, Agremon didn’t just become a fallen angel. He metamorphosed into the most base, evil bit of darkness you could ever imagine. In order to create him and his words, I had to get into a particular mindset. I wrote his scenes mostly at night, late at light.

Tell us about your current release.
I’m thrilled to introduce Trinity, A Brethren Novel to the world. It is the first in the Brethren Series. Have you ever noticed there are times when Evil seems to be everywhere? That every day there are more and more reports of people behaving badly. And then, there is a period of relative peace. Here’s a blurb from the story:

One way or another, terror will reign tonight.
School teacher and single mom, Emma Livingston, has been through hell—and back so she thinks. While dealing with the night terrors and active imagination of her five-year old daughter, Hannah, she attempts to lead a normal life. That is, until the demon from those nightmares pays her a visit, too, and threatens both of their lives. Desperate, she reaches out for help—and finds Michael waiting.
Michael D’Angelo is known to everyone in Prophet’s Point, Arizona, as their loving elementary school principal. But to The Brethren, he is the most powerful Protector. Immortal and angelic does not mean he’s without doubts or fears, as protecting Emma and Hannah from Evil tests his ability to fight his tortured past.
As the Trinity is formed, ancient secrets are revealed and faith is tested. When a prophecy is exposed, Hannah becomes the main target and Emma wonders if a normal life will ever be possible again. Hope is like an anchor, but can a mother, her daughter, and an angel overcome the evil determined to annihilate the world?

Tell us about your next release.
Next to release from Decadent Publishing will be Relic, the second book in the Brethren Novel Series. It begins where Trinity ends. Do you believe in past lives? How about possession?  Relic focuses on Raphael, Brethren Savior, and a well-hidden past. Here’s a peek:
Raphael, an immortal Brethren Savior, an angel with a forgotten past, has lost his power to heal and is on a self-imposed guilt trip trying to get it back.  Powers be damned, he winds up enmeshed in a web of attempted murder and resurrection all thanks to a woman he’s only seen in a photograph and by chance on his hiking trail.
Serena, a young woman with a promising future, yet presently with unfulfilled dreams, is a wanted woman. Wanted for a stolen relic and its suspected healing powers, she is hunted down in the Arizona desert and left for dead.
Raphael and Serena are inexorably bound together, for locked deep within the relic’s heart is the soul of Raphael’s long, lost wife. Danger lurks around every corner, as Raphael is determined to keep both Serena and his dead wife’s soul alive and lustful temptation at bay.
Three souls bound together by an ancient relic, bound by a timeless gift, and bound by a love that is eternal.
at 12:01 AM

Now, you've captured my interest! Relic sounds intriguing, and I can't wait for the release.

Villains are often my favorite characters, to read and write. Especially to write, since they can say all the rotten things other people think but are too polite to say.