Tell us about your new release.

Of Light and Darkness Book1: The Vampire’s Daughter is the first in my planned series of 5 books. (Who knows…maybe I’ll make it more…still thinking on it!) I came up with the concept of one mortal girl living in a society inhabited with magic/paranormal creatures when I was in high school. I’ve seen a lot of the opposite (a paranormal girl living in the normal universe). So, when I had a dream of myself walking through this enchanted village, I woke up with the idea to write about it. It was an awesome dream. The town was dark, and no one else was there except for me. I was looking out at it through my eyes – instead of having an out-of-body experience. I was doing the majority of my writing during class (as well as writing my first screenplay, The Incubus). So, one of my high school friends, Margo Hulse, came up with a few of the sub-plot concepts when I was stuck. I won’t reveal what those are now. I don’t want to spoil anything. ;) I will say that the ingénue, Charlotte, is the human adopted at infancy by the vampire, Valek Ruzik - an intelligent, cunning, sexy character inspired by someone very near and dear to me who is actually from the Czech Republic.

The story takes place in modern-day Czech Republic, and I consider it to be one of the best things I have ever written. (I’m only 20, so my career is not that extensive.) But there are a lot of intricate visual details that the magical atmosphere of my world allowed me to paint. I am really excited about it! I just hope readers love it too!

Is there a writer you idolize? If so, who?

Another good friend of mine, Amy Sheffer, was much more well-versed in the world of vampires than I was at 15. She’s the one I can thank for ushering me into that culture. I know our bookshelves seemingly overfloweth with vampires right now, but how can they not be? They are so amazingly…well…decadent. I love them. Amy introduced me to Anne Rice’s Interview with the Vampire. By that point I had already read, Twilight, and like every other girl my age, I loved it. But Anne Rice’s stories were more like a glass of fine red wine, where Twilight was more like…applesauce. Both are good, but red wine is soooooo much better. Twilight almost became my “training vampires”, and when I grew up enough to appreciate it, I was given The Vampire Chronicles.

To answer your question, Anne Rice is my literary idol. She makes entire mega-novels feel like poetry. I love the way she makes you feel like you are sitting right within the scene that you’re reading. You can see, hear, smell, touch, taste every last detail. Because of her, I aspire to write just as eloquently while maintaining that similar, dark luster.

How do you develop your plots and your characters? Do you use any set formula?

I really have no specific formula. My background is not even in novel-writing. It’s in writing for the screen. Filling in the little details that you don’t normally find in screenplays became my main challenge. I was talking to my good friend (another actress and producer), Tara Cardinal, and she said something that will stick with me forever.

“When I’m writing poetry…I go hunting. I hunt for those words. But writing a story is different. The words come to you. Writing a story is like going to church and hoping God notices you that day.”

That resonated with me. It’s so true. You cannot hunt for inspiration. I’m sure some people may try and argue. But I really believe that true inspiration cannot be sought after. True inspiration has to be given to you. You’ve got to walk right into it like a brick wall, or let it come down softly over you while you lay still at night. Writer’s-block is when you try and force that inspiration to come. Sometimes, I let my characters tell me what to write. I joke that writer’s are schizophrenic because they have so many voices living in their head at one time. Sometimes, my characters are inspired by people and sometimes they’ve been bouncing around in my head on their own for a while. But I have no set formula. I just let the inspiration come.

Do you listen to music while writing? If so, what? 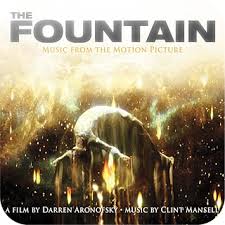 Always. I sing too, so music is another big muse of mine. I also sketch my character’s faces when I get writer’s block. It helps me connect with them better when I see their faces. But, yes, I listen to music all of the time. I listen to film scores, mostly. When writing Of Light and Darkness I listened to the score for The Fountain by Clint Mansell as well as the lullaby from Pan’s Labyrinth. Both of these films are fantasies, and their epic/romantic scores did a lot to fuel my writing.

What do you think makes a good story?

For me, there must be a certain element of impossibility for the characters to overcome. There must also be lovable characters. Without a seemingly impossible obstacle and relatable characters, you have nothing and no one to root for. I think that is most important. As a writer, you want to make your readers cheer for your characters and love them enough to keep turning pages in order to see them succeed against any obstacle. Especially forbidden love. That happens to be my personal favorite.

How do you describe your writing style?

Ornate. I think that’s a good word. Normally things that are considered ornate are things that are beautiful and laced with a lot of interesting detail. Hopefully, readers will view my writing style the same as I do. I love visual detail and love making people feel like they’re inside the story. I think that’s achieved with a lot of descriptive detail. I know it’s really cliché, but as Francis says in Of Light and Darkness, “I like cliché!” and that is the advice, “show, don’t tell.” You read it all the time when you seek writing advice, and it’s so true.

What was one of the most surprising things you learned while writing your book? 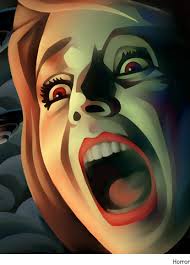 Normally, I hate horror movies. Blood, guts, ichor – I hate it all. I went to see one of the Saw movies and I had my eyes closed through 99% of it. But getting inside the minds of vampires when you’re writing about them – experiencing their bloodlust and different instinctual things are inevitable. You have to if you’re writing a particularly horrific scene (of which there are a few). Again, I don’t want to spoil anything. But, there are a few scenes that shocked me once I read them over. Am I really sick enough to do something like that to my characters? Sweet, little me? Yup. I guess I am. That was the biggest surprise.

We are all so different, it's fun to hear from different writers and learn some things.

I agree with your comment about connecting better to your character when you see their faces. It's so cool!

I love the idea of Charlotte being adopted by the vampire, Valek, too. I'm looking forward to your release.

Oh, my daughter would be hounding you for info right now, if she saw this post -- she's doing a project on the Czech Republic!

You should share your character drawings, I'd love to see them :) I tend to use the music to help with character work, and often I'll use images on the net that i think look like the characters in my head.


This is yet another book that I'm psyched about reading...there are just so many of them recently, and funny enough, a lot of them are DP books!

Thanks guys! - Sorry, somehow I got caught up in editing (knee deep) and missed this the day it was posted! But thanks for your excitement about the book! You are all FABULOUS ladies that I look up to sooo much and I can not wait to share Of Light and Darkness with you!