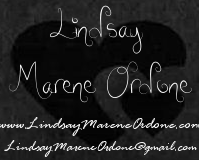 Lord, the name thing. I swear, it can drive a writer crazy!

I just found out recently that the name I chose for my lead is also the name of my granny! I didn't know, but I can't help but wonder if I had heard about it somewhere...

But, yeah...the this name or that name game...makes you dizzy!

Congrats on your release, Lindsay. I have never named characters for people I know, not even actors.I might have to try it. I usually jump on the name your baby sites and type in personality traits like shy or jobs such as warrior until I get a name that works for the character.

I love the premise for Most Eligible. Great idea! Congrats on your release. Its' also heartwarming to see how you thank your Mom.

I have a lot of fun choosing names for my characters, and sometimes they actually choose themselves :) Amazing how a character can get into our head and bug the crap out of us until we do what they want...yeah makes us think we're crazy sometimes. Congratulations on this book! I'm ecstatic to read it! XOXO

Hi Honey - Mom here. Great interview! I have to say, I am more than excited about your book, but then you know that. I'm honored to have participated in the inception of the story and if I was any encouragement to you, all the better.

You are my biggest cheerleader, other than Daddy that is, and you already know how much I love you.

Enjoy the ride and WRITE! I want to see your name on more book covers than I have. You are so good.

And the name thing - yes, even Lindsay's name came from somewhere other than out of the blue. My favorite time travel movie is "The Two Worlds of Jennie Logan," starring Lindsay Wagner. That's who Lindsay is named for. Marene is a compilation of her grandmothers.

Great interview, sweets. Love you and I'm so proud you are mine.

I have always used names of those who are now or have been in my life. But I also just write them down from nowhere. I was writing in a new character in my thriller and looked over at the vaccum and out came, Kirby..LOL. So true!!! I'm just a bit odd, though..LOL.

How cool that your mom is an author! That just Rocks!!!

I would like to thank all of you for your comments. The name thing has always been my favorite part of writing.

I like to have my names mean something to me or having the actual meaning to fit the character instead of just picking a random name.

Anyway, thank you all again and I love you, Mama! You're the best.