1. How did I start my writing career?

I love answering this question because the truth is strange. In 1993, I worked in a high rise building in downtown Atlanta. I did data entry work. My brain was not required for this job, not even close to needed. So I brought in a walkman. Remember, this is 1993, no iPod or anything, an actual walkman that only had enough battery power for the week, and then I had to recharge them on weekends.

So listened to music and tried very hard not to think about the mindless task in front of me. And words began to wander through my mind. And yes, they were about “I need to dream of somewhere else.” But the same words wandered through my mind for a week. I knew I had to write them down.

So I did. And “My Warrior” was there on paper in front of me. I’d written a poem. Wow. Did NOT know I had that ability. Really, my writing skill was not stellar in school. Well, I had apparently popped the cork on the bottle and the poems began to flow. To this day, I can be given any topic, 15 minutes, and I’ll give you a poem. It’s my first love.

One day a poem cried out for a longer format. And then another. As of this writing, one of them has been published (“Guardians of the Keep” – http://yesteryearfiction.com). The other is creepy horror and I have not found a home for it yet, but I am actively looking.

In 2008, I gave up the argument with my characters and began to write short stories. Now they are growing, so don’t be surprised if you see novel length works in the next couple of years.

2. Where do I dream of traveling and why?

Ireland and Sweden. I’m half-Irish (Mom) and half Swedish (Dad). This makes for a very interesting combination (snarky seems to reign over both!). I would love to see the places my family came from. Both sides put together a family tree that went back to Sweden or Ireland, so I actually know what areas to see and, in Sweden, we still have family living there.

The Amazon rainforest, because it’s stunning, organic, and beautiful.

3. What is my favorite color?

Green! Every shade of green. My eyes are blue-green hazel so I have a closet full of turquoise, green, and blue clothes and I never get tired of them.

4. If I could spend the night anywhere, where would it be?

In a castle, and any of them in Europe would do. Just to wake up in that opulence would satisfy that inner fairy princess need I’ve had since I was little. I loved the one at the end of “Ever After.” That long carriage ride that showed the whole place made me want to go live there.

· Sanctuary. I didn’t think I would buy Amanda Tapping with dark hair and a British accent. But I do, and now the blonde American accent doesn’t feel right to me. Kudos to her for that! I love the premise; those who do not belong and must live in shadow have a champion. An imperfect one with a shady past. Love it.

· Big Bang Theory! Cause I’m a nerd and dork and can keep up with the dialogue. And it makes me laugh, very very hard.

· Two and a Half Men. The kitchen scenes with Berta are verbal sparring at its quickest and funniest.

· Mythbusters. Science is fun, informative, and better they do those experiments than the rest of us.

A singer. I used to sing into my hairbrush like everyone else. But I was serious about it, even got into Drama Club and chorus in High School. While that did not work out, I do still sing, and take voice when I can. Those dreams are a little worn now, but still pop up now and then.

I love my TiVo. Seriously, it is unhealthy. But each weekend I take 3-4 hours and do nothing but watch mindless reruns on TiVo. I even fall asleep to them. Nap inducing they are not, but they relax me to nappage.

8. What group did I hang out with in High School?

All of them. I moved around a lot by the time I was 12. Five different states to be exact. So, I had left the popular vs. unpopular thing way behind. I tried to get along with everyone, had many friends, and loved high school. I’m really good at school. (Hence, the doctorate thingy.)

9. Have you attended a High School Reunion? What did you learn?

Yes, quite a few. And the second question is easy to answer. We have all realized none of us are as big a deal as we thought we were then, the folks I didn’t like in HS are still annoying as hell, and the friends I had then are still friends now.

Night person. I perk up when the sun goes down. I know other people don’t like the time change that gives us darkness at 6:30. I love it. I light candles, put a log in the fireplace, and it’s still early enough for caffeinated coffee. I’m tough in the morning, it takes me about an hour for my head fog to clear, and then I can start functioning. 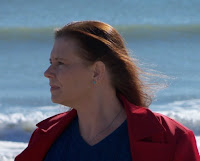 Graylin - I must admit, I am a TV addict also. I'm lucky, I must have a split level attention span, since I write in front of the TV...

But don't tell anyone! OK? It will blow my cover as an intellectual.

Graylin - Love the color green as well, and the shows Big Bang Theory and Castle. :) I'm am far from a night person though. I get all my best stuff done early in the morning. Nice to learn more about you. :)

Fascinating to see how you grew into your writing voice. : )

Great questions and answers. I envy your talent for poems!

Thanks Jessica and Leanne..

Where I live, everyone likes to say they don't own a TV. Or if they do, they only watch PBS.

It's always fun to learn how a writer began their journey to publication.

I share your love for evening vs morning. Even though it's great to start fresh, I come to life after five.

Hi Graylin - I actually think doing mindless tasks can be a great way to get your brain working - it sort of comes up with bizarre ideas as a sort of rebellion against boredom.