Spotlight Sunday with Kimber An!

1) Tell us about your favorite character from your books.

Brandon, I guess, and it’s probably because I’m such a mommy. He’s my ‘child’ character. Even though he’s chronologically almost sixteen, he was turned into an Oldblood (originators of the vampire myth) when he was fourteen after an isolated childhood with his insane father. He was dying of cancer, like his mother who died when he was a baby. Distraught, his father deliberately got himself turned into an Oldblood so that he could turn his son to prevent him dying. Brandon was too young according to the Oldblood Creed and he didn’t want it. Then, his father was destroyed by Newbloods. Suddenly, Brandon was thrust out into a cold human world he knows very little about as a new creature he also knows very little about being. He’s very childlike and gets hurt terribly by those who expect more than he’s capable of, much like parents spanking a toddler for making a mess. Only Ophelia, the heroine, accepts him as he is and is compassionate towards him. Her friends and family follow her example and he clings to them like a little boy lost in the dark finds his mommy. I’m enjoying watching him ‘grow up’ and he’s going to do a lot of growing up in the next novel, Sugar Baby.

2) Plotter or Pantser? Why?

Both! I was such a pantser I couldn’t sort out my stories enough for other people to understand. So, now I create the story by the seat of my pants, but then I sort out the plot and everything into a strict outline. It’s very hard for me to do, but I have to do it or nothing I write would make sense to anyone. 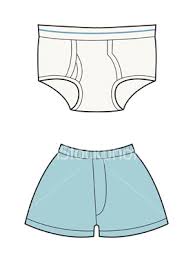 Neither. Oooh, so that’s why I’ve been knocked up five times! And I thought it was because I’m bad at math.

4) How do you develop your plots and your characters? Do you use any set formula?

Well, usually, I’m just minding my own business, loading the dishwasher or something, and they just kinda dump on me. My theory is my subconscious mind works on stories and doesn’t bother to let me know until it’s too late. Yes, Sugar Rush was like that. I dreamed it and woke up feeling like I’d been run over by an ice truck.

5) What group did you hang out with in high school?

I think the other teens had a hard time classifying me, which I imagine they found rather annoying. But, writers tend to be like that, I’m told. We’re observers of humanity. We’re the quiet ones sitting in the corner looking all sweet and innocent while we secretly plot world domination through massive hysteria brought on by the arrival of blood-sucking aliens who claim to be vampires but who are, in fact, exterminating the real vampires so they can usurp the vampire myth thereby ratcheting up the Creep Factor.

6) If you could apologize to someone in your past, who would it be?

There was a really cute boy in high school and he liked me, but I had no idea how to talk to him. I didn’t figure out how to communicate well with the opposite sex until I met my future husband in my late twenties. And it’s a good thing he figured out my pelting him with wadded up paper meant true love or I woulda died a virgin, I swear. That woulda been such a drag.

There is something about wadded up bits of paper that speak to a man!

I'm a softy for the underdog, too. My mommy instincts take over when someone is in need.

Yeah, Maureen, and my man's so tall he's an easy target too. Good thing he realized I meant it affectionately!

Good morning, Kathleen! Brandon is a good cross-over character. The mommy-readers are like, "Oh, I just want to give him a chocolate chip cookie!" And the girls are like, "He's sooo cute!"

I like the unique origins of your character. I think I was a lot like you in high school. No one really knew what was going on in my mind though a few teachers were suspicious.

I really like your definition of a writer. Oh, yeah, I've sat in that corner. If people only knew. : )

I adore Brandon. He is my favorite too. I guess that makes me a mommy reader.

Thanks, Leanne and Becca.

I'm not embarressed to admit I cried when Ophelia looked out her window at Brandon standing there all alone and realized he was homeless. "Oh, Brandon, you're breaking my heart."