1) Of Course I Try was originally written for a challenge where participants had to write something inspired by a song.

2) The very first version of Of Course I Try was actually only the last scene that made it to publication. The story was originally less than 1500 words long.

4) Though originally envisioned as a stand-alone short, certain reader responses led to plot bunnies forming in my head that would allow for more tales about Jocelyn.

5) The first plot bunny attack came with the knowledge that Chad, the guy Jocelyn meets at the bar in Of Course I Try, had to come back into her life somehow.

6) For her longer pieces, I usually “cast” my characters in order to have visuals to refer to. Since Of Course I Try was a short, I didn’t do that and found myself back-tracking once it became a series. Many nights were spent thinking about my characters until I found people to fit them. Now I envision Max as Christian Kane, Jocelyn (sort of) as America Ferrera, and Max as Jensen Ackles. 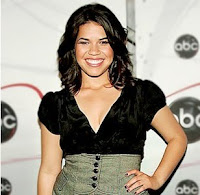 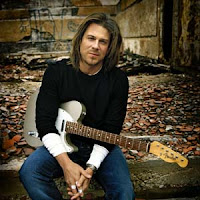 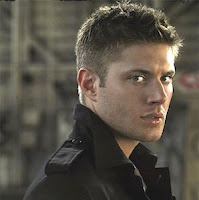 7)The Ghost of Vampire Present was going to stick much more closely to the original machinations of A Christmas Carol, but it didn’t take long for me to realize that Jocelyn and Scrooge had so little in common it would never work, so it was tweaked…heavily.

8) Before my beta-readers had the holiday story for a week, they'd already started dividing into Team Max, Team Chad, and Team Jocelyn. Their commentary made for some interesting reading.

9) One of my beta-readers has devoted an entire list on twitter just to me, so she could have an entire page covered with Max (alas I’ve since changed my profile pic so it no longer works).

10) At this point, I’ve finished the draft of the first novel-length Blood Kissed story. As of writing this, I don’t know if it’s been accepted yet (since I just finished and haven’t sent it), but I’ll be sure to keep everyone posted. In the very rough outline of the series, I’m estimating the series to have at least three novel-length manuscripts, quite possibly more if twists present themselves. The best way to stay up-to-date on Blood Kissed news is through the series page on Facebook. Like Blood Kissed and news will show up on your feed as I have it to share!

Email ThisBlogThis!Share to TwitterShare to FacebookShare to Pinterest
Labels: Daily Dose of Decadence, Decadent Publishing, Just the Facts Friday, Of Course I Try, Seleste Delaney, The Ghost of Vampire Present

I do love when those little blips on the radar turn into full born 747s! ;-)

I like your cast of characters for Of Course I Try. Great choices, Seleste. Good luck with submitting Blood Kissed.

YOu know I loved Of Course I Try, but to know how it came to be is a really cool story itself! Good luck with Blood Kissed!

Oh holy typos, Batman! Apologies to everyone for the sheer number of mistakes in here. For those who couldn't figure it out, Jensen Ackles is my model for Chad (I don't need two for Max as that would just be confusing :P)

Thanks for the comments, everyone :) I'm super excited about the series and I hope everyone enjoys it :)

Very interesting post, Seleste. My fingers are crossed for your story--making it hard to type. : )
All the best
Leanne